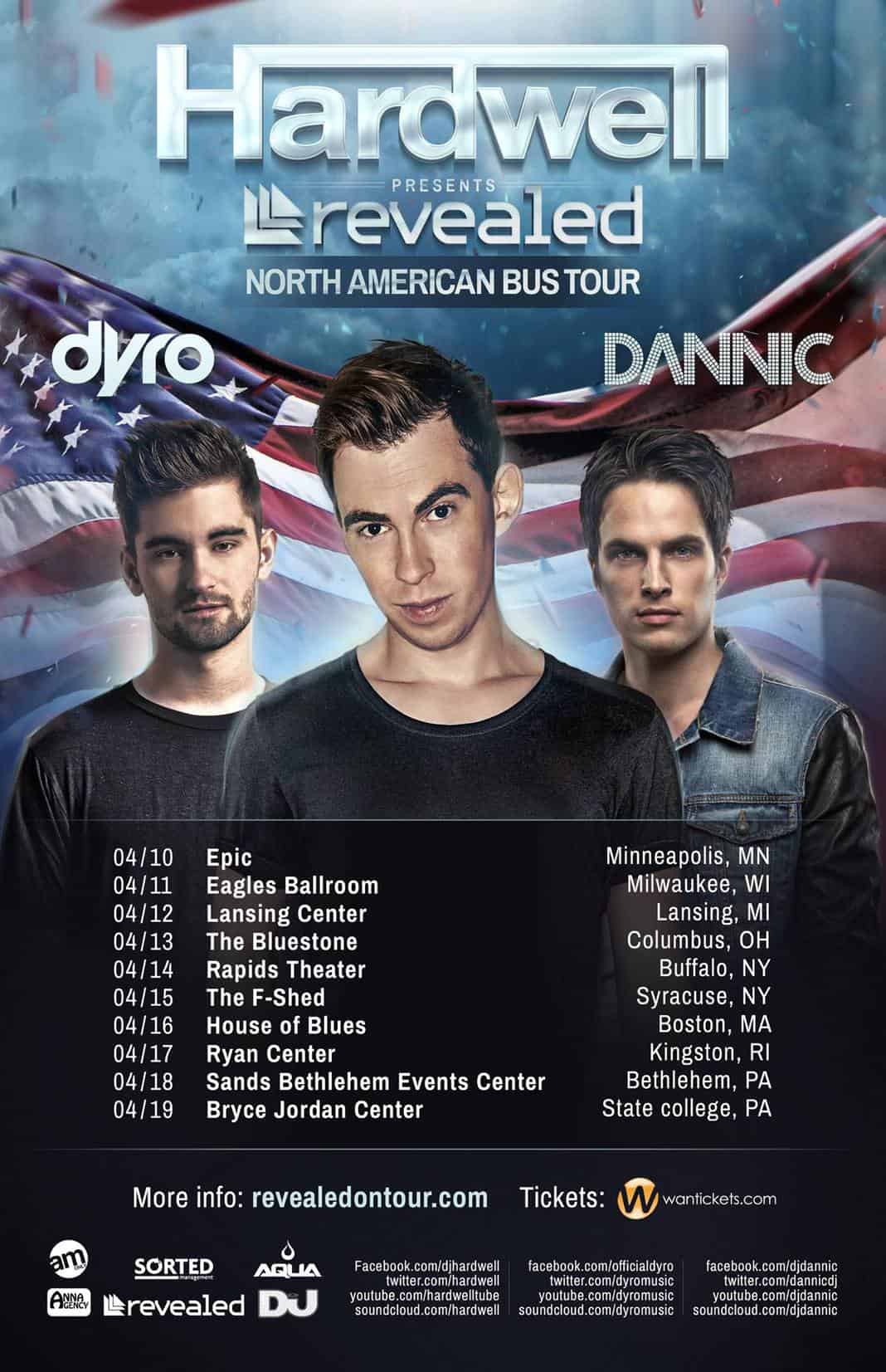 After only about 2 weeks after performing in Miami for Ultra Music festival, the three superstar Dutch DJs Hardwell, Dyro, and Dannic kicked off a new tour. The tour, called “Hardwell Presents: Revealed North American Bus Tour”, kicked off in Minneapolis, Minnesota at Epic Nightclub. This was the first stop of their U.S. bus tour. Last year the trio did a similar tour across Canada.

The promotional group that brought in the guys, Sound In Motion, kicked off the night with their resident DJ Zak Michaels taking the stage. Zak set the mood early by playing the right mix of Deep and Progressive House. He finished the set by joining forces with Sound In Motion CEO Jack Trash by playing more Deep House tracks.

It was time for the Dutch invasion to begin with Dannic as the stage was lit up to show off it's impressive setup. The stage had been advertised ever since the guys pulled into Minneapolis as one of the bigger light and CO2 setups to hit Epic in a while and it did not disappoint! The amount of lasers that flooded the stage was amazing.

Dannic mixed it up early with some familiar tracks such as Tommy Trash's “Sunrise”, Zedd‘s “Find You” before jumping into his specialty of Deep and Progressive House. There was even a quick taste of fellow Dutch artist Bingo Players' “Rattle” to keep the crowd jumping. Dannic's set also included some of his new tracks “Lion” and chart-climber “Dear Life”.

Hardwell was next up to the decks as he didn't waste any time to jump into “Dare You”. As you might expect, Hardwell's set was mostly Progressive House and Festival tracks (including a Festival remix of “Zombie Nation”), but also included some remixes of some familiar tracks like Lana Del Rey's “Young and Beautiful” and Linkin Park's “Numb”. The drop of the recent remix of Armin Van Buuren's “Ping Pong” lived up to the hype as it had everyone in Epic waving left to right.

Dyro was the finisher of the night and dropped “Go Down” right away. Surprisingly after that, Dryo's set was almost entirely Hardstyle. This included Hardstyle remixes of Zedd's “Stay The Night” and a great mashup of Nero's “Promises” with Hardwell's “Spaceman”.

There are still plenty of chances to catch the bus tour, so check the schedule to see if they will be stopping in a city near you!