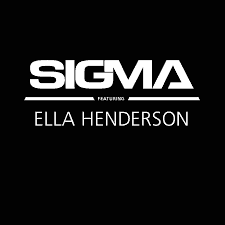 The London based Drum and Bass duo Sigma, have been hard at work both behind the studio as well as on stage. The two recently revealed their new live show in New Zealand and Australia which then lead to sold out shows in the UK since recently releasing massive singles. Now, Sigma has announced their newest single featuring Ella Henderson titled Glitterball . Just in time as Summer hits, this tune is sure to be the jam all Summer long.

Hitting at just 140 BPMs, the single strikes right in the sweet spot that caters for all to enjoy. The uplifting track was first played on BBC Radio 1’s Breakfast Show and is the newest single on the much awaited album Life. The British singer-songwriter Ella adds a perfect touch to Sigmas' sounds that intertwine so well together. We definitely did not see this collaboration coming, but are more than happy it happened.

Hoping to catch Sigma at a festival this summer? You're in luck as they are lined up for an insane festival season including EDC Las Vegas (as well as Bassrush Pool Party and Massive), Creamfields, Glastonbury and many more. Officially released on July 31st on 3Beat, grab Glitterball a listen below and get set for the debut album Life later this year.