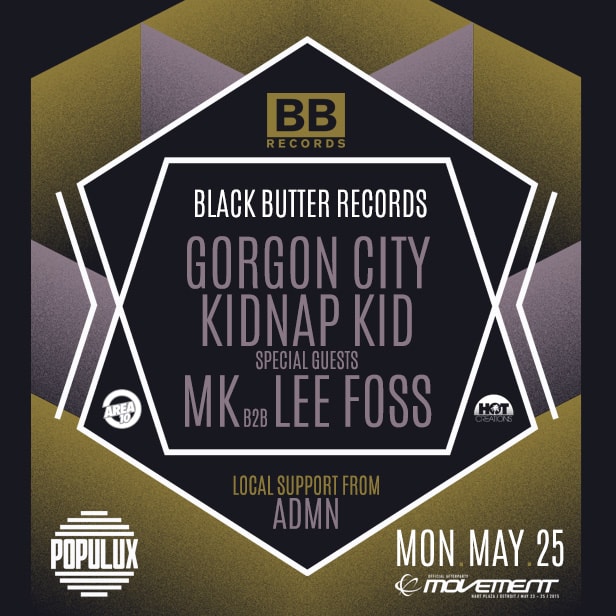 Movement Music Festival is only weeks away from its 2015 launch, and after dropping its enormously deep lineup, the anticipation is at an all-time high. Although festival-goers will get their fair share of music at the festival, fans who have the most stamina can head over to the Black Butter Records' Official Afterparty to continue their weekend of partying. The imprint's lineup contains four names but what a four names they are. Gorgon City and Kidnap Kid are two of Black Butters most popular acts and both will be hitting the decks for the after hours revelry. Revealed after the initial announcement, MK and Lee Foss will be making a grandiose appearance at the Black Butter party for a special B2B set. If you're going to Movement Music Festival, you will not want to miss this after party so definitely grab you tickets here.