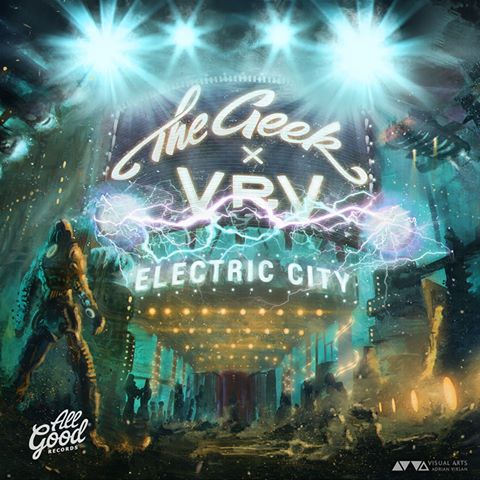 Now synonymous with Detroit native GRiZ and his new “All Good Records” label, The Geek x VRV is making a statement with this new free EP called “Electric City.” Two songs were released already (“Electric City” and “All Around”) but now we have three superb new ones and two remixes from glitch hop artists CloZee and Late Night Radio. Make sure to have a listen below and check this EP out! There's some phenomenal production quality and a range of electro soul in this one that really put the Paris, France natives on the map in a big way. Support and follow!