Anthony Keyrouz takes you "Under The Influence" 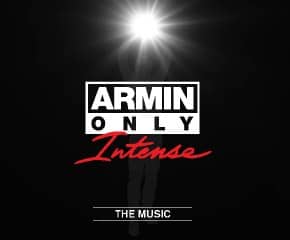 Coming off an epic 34-show Armin Only: Intense world tour jam packed full of five and six hour sets, the DJ is already busy getting down to business in 2015. The trance god himself has officially released a new album entitled ‘Armin Only–Intense ‘The Music”. with an extensive tracklist of 43 songs commemorating the tour. The album comes as a boxed set with four discs and one DVD with exclusive bonus content.

The DVD footage was taken from live recordings from his shows in Quito, Moscow, Sao Paulo, Medellin, and Buenos Aires. Fans get a glimpse of the state-of-the-art visuals, lighting, stage production, acrobatics, dancers, live musicians, live vocalists, and other surprises that have never been seen before in a DJ style show.

You can purchase the album via iTunes, the Armada Music Shop, or listen on Spotify.

Check out a preview of the DVD and all the madness from the Armin Only Intense tour below.