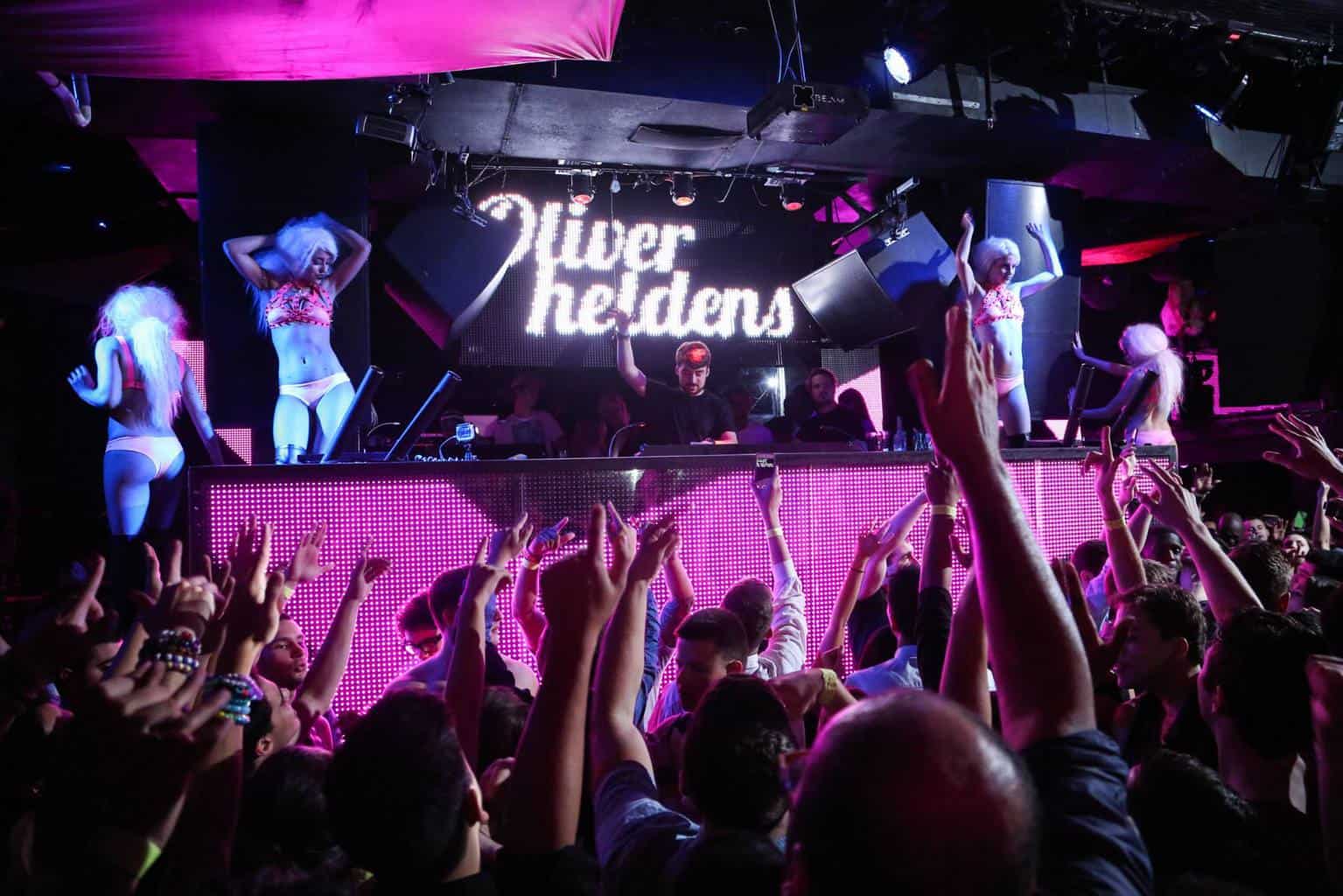 It was a short interview, but it was sublime. On Friday November 7th, I got the chance to interview Mr. Deep House himself Oliver Heldens. He is best known for his breakthrough track Gecko, which peaked at number two on the Beatport top 100 and #1 in the Deep House charts for more than a month. Oliver Heldens is changing the game in the DJ world with strong original ideas from his past and present, supporting them with creative melodies. His newest single Pikachu has recently been released on Beatport, and its getting great recognition.

When I first arrived to the green room, those first few seconds between walking into the green room and finally meeting the DJ are the most longest seconds ever. I walk inside and there he was, dressed in jeans and a black T-shirt, the one and only Oliver Heldens! Right away I had to start off with my interview because he was going to perform within the half hour. My first question had to be What inspired to create the melodies and the tunes to Gecko or even Koala? “I was inspired by the old Dutch House like through 2007, 2008, 2009 those are like more groovy stuff, sounds that are a bit freaky, like the old Sander van Doorn stuff and old Fedde le Grand, and some more deep house stuff like Disclosure ultimately inspired me a lot.” Yeah they’re are all great! “A combination of that, and also I used to make EDM, that make me yes, thats how I made Gecko, like yeah POWER, deep house like, groovy houses power.” Were you always a big fan of 90s music? Like those beats and tunes? “Yeah, when I was five years old or something I can remember sining to like really old like poppy house tunes so yeah. Were you always a big fan of Pokemon? Like what made you create Pikachu? What inspired you to name the song Pikachu? I love it by the way! “I used to wake up early and watch Pokemon hehehe” HAHAHA me too, dude I still have all my Books of my Pokemon cards, I still have all of them, don’t worry we all love Pokemon, we still love it. When I heard first heard Pikachu, I was like YES! Take me back to the 90s this is great! And your only 19 and your creating all these beats, and some of them sound like they are from the 90s that everyone loves. Yeah its different here in America than Holland but its always been and I guess its reborn in America.

Yeah its also new for a lot of Dutch DJs because I mean like the biggest DJs are Dutch but they used to play a lot of harder stuff like big house, or like the progressive house, but now a day yeah they probably play some of my stuff too and it opens a lot of doors for other upcoming producers.

Do you still get excited when other DJs play your music, like Gecko or Koala? “I’m kinda used to it now, but I think what Im most proud of is that so many big DJs which do something really different, they also play my music thats really big Im really proud of that.” Do you still excited and have those pre butterflies in your stomach before you perform at a big Festival or even a small show? “Yeah even if its for a club for three people, I still get excited, its a healthy excitement.”

For the vocal versions for Gecko and Koala how did you find Becky Hill? “Well the labels they send out Gecko to other writers and singers, and then we get some stuff back then yeah Becky was the perfect one. Same thing for KStewart and Koala, who also really awesome.” Koala is sick! “We can make it last all night”! That is my ringtone, Koala is my ringtone. “Oh really! Haha” (Oliver laughs). Its just incredible how fast your career has progressed so fast and successful in a demanding market. Its only going up hill from here, your journey has only just begun its only going to get better. I hope you know that, where do you see yourself in five to ten years? “I have no idea but I bet it will be way bigger, but Im really happy how its going now because I can do my own shows, I can play a lot of my own tracks and sets, so yeah people really like it.” Last question, If you could choose anyone to do a collaboration with alive or dead, who would it be? “I can't choose” You can’t choose too many great producers? “Yeah” Alrighty Then.

After the interview was over we took pictures, and then thanked him again and telling what an honor it was to finally conduct this interview. The entire night I had the perfect spot watching the master work his deep house magic at Pacha NYC. Oliver Heldens had a sold out show that night, there were people from wall to wall, people on top people. I was very thankful that I was in the mezzanine section. Oliver Heldens performed another perfect set with some new music, a Dangerous remix, and my favorite remix of Sky Full of Stars, his own. This was my favorite set of his, it felt like I was inside of Heldeep Radio. Oliver Heldens is a brilliant performer, I can not wait for what he has in store for next time he’s in New York City, which will be New Year’s Eve.