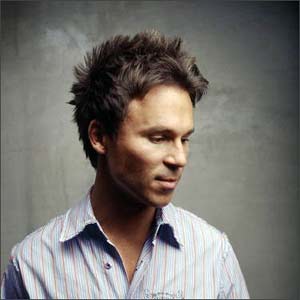 Brian Wayne Transeau, otherwise known as his stage name BT, is often credited as a pioneer for trance music. He is famous for constantly pushing the envelope with producing styles, specifically stretching electronic music to its technical breaking point. Being one of the first architects to structure electronic music, BT was among the first to use a computer.

In a world where musicians are starting to produce younger and younger due to easy access of computer programs, BT has ventured into uncharted territory by creating an album organically- without the use of a computer. Using only analog instruments, BT is exploring the raw essence of every sound and recording on a tape.

“I believe that a computer can be one of the most expressive instruments available to use today. I truly believe that. That being said, I think that the pace with which all of us live today has kind of engendered this idea that you can reach some semblance of mastery in 18 months by watching YouTube clips. It’s just not true. You might be able to make something that sounds like every other something, but underneath that, there’s nothing of sustentative value.” -Brian Transeau

BT's decision to go back to the basics is revolutionary because it brings an element to the table that's often missing in today's music. Exploring the colors that real instruments offer rather than scrolling through sound options on a computer shows an aspect of musical mastery that many artists are lacking today. Although it is more of a challenge to sacrifice technologies that are so convenient to use, BT shows us that using live instruments in production is possible.

BT will use some older producing equipment to create his album, specifically the ARP 2600. We are looking forward to what's to come, and more so how going back to the basics will affect EDM as a whole.