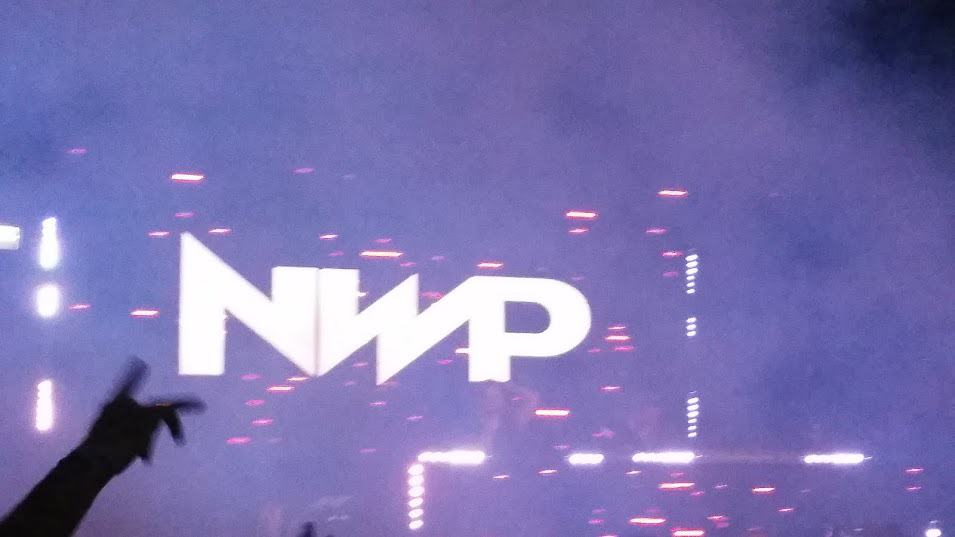 This past Sunday, EDM Sauce got the chance to go behind the scenes and have a sit down interview with the sensational Markus Schulz and legendary Ferry Corsten, also known as, ‘New World Punx' at Governors Island Beach Club in NYC. New World Punx talked about performing in NYC, the effects of ghost-writing in the electronic and pop music scene, and what we can expect from this fairly new collaboration.

Waiting in line with all of the other media outlets is by far the most nerve racking experience a blogger can go through. You're surrounded by seemingly important people, friends of the DJs, fellow producers, and a constant ambiance of Camera flashes, smiles, and selfies. So many thoughts were running through our minds as we waited our turn to interview two legendary producers. “Will I have enough time to get through all my questions?”, “Did they forget about me?”, “I wonder if they will get upset if I ask them a question they've already been asked thousands of times.” Truthfully, this nervous tension adds to the overall experience and gives you an insight into the life of world renowned artist.

Finally our name is called and the back greenroom doors are opened, which can only be described as a “Here we go!”, top of the roller-coaster feeling in your stomach. All of the camera flashes, noises, lights, and bass rumble from the stage outside seemingly disappear as you are LED back into a dimly lit room of calmness, gourmet snacks, and of course a well stocked bar.

We walked to the end of the room, which can be described as an enlarged hallway, where a smiling Marcus Schulz and Ferry Corsten were patiently waiting and well relaxed on a leather sofa. We sat on our stools directly in front of them, introduced ourselves, and begin the following dialogue.

You guys have a new song ‘Torque' coming out. Did you want to send a message to fans with this song, such as, THIS is who we are, or THIS is New World Punx?

Markus: Hmm, no message other than just to have fun. We did the track back in Ferry's studio in Rotterdam in the beginning of the year, I believe it was February, and we simply just had fun with it. We took turns, as we are currently doing with quite a few tracks, and kept sending it back to each other on our Laptops, and when we finally got it in the studio, it was just a beautiful collaboration and we had so much fun working on it. So if anything, I hope the one thing that comes through in this track is for our fans to just have fun.

Ferry: It also shows the one thing that we wanted to do as New World Punx. This is more of a festival sound. I know that some people expect some big tear jerker records only, but that's not only what we can do. We want everyone to know that we can do everything. We feel this works and everything came together with this track.

How does it feel to back in New York City?

Markus: It's amazing, we were talking about it earlier. For me, I started DJ'ing as a little kid, and the first time I came to NYC, it just ate me up. So, for me, it's a sense of accomplishment to play yet another legendary venue in the city. So far we've played Madison Square Garden, Roseland, Webster Hall, Pacha, and now we hit another legendary venue. It's just amazing to think of NYC and not be intimidated by it.

Ferry: Same thing for me, being from Europe, you think of NYC in a different light than when you're from the states. For me it's just like WOW, ya know? You hear about all these legendary and historic acts and all these bands that have played here, and now you find yourself playing here. It's simply amazing.

This question is for Markus, you just received a big honor being voted #1 DJ in America. How do you feel about this accomplishment?

Well, for me, its always been about the fans. And to have fans that are so loyal and supportive of what I do is truly humbling. I've always went against the grain.When someone else zigged, I zagged. So I built up my own fan-base with music they love, and for them to speak loudly and say WE SUPPORT YOU MARKUS, it humbles me and gives me great inspiration to keep going, because this isn't just ‘best trance DJ award', this is best DJ of all genres. So it's great to have such loyal and passionate fans.

And Ferry, you have a new single out called ‘Hyper-Love'?

Ferry: I did it together with Nat Dunn, shes a singer / song writer from Australia. I received her acapella lyrics to do something with it and I instantly knew the direction I wanted to go with it. This whole year is about the mid-90's with the deep house stuff coming up and I've always been a big fan of the mid-90's electronic music with the deep piano tracks, and break-beat riffs. I really love that stuff and I heard her lyrics and said, yes, that is where I want to take it. I had fun doing it and it came out very nicely.

You guys are stuck in a dark-room for the rest of your life with adequate food and water. What is the one song you have on your iPod?

Markus: Jeeze, not sure how I feel about the dark room part (while laughing). One song? Not punk! It has to be something really long for me. Most likely a Pink Floyd song, because if it is a 3 minute song, it will make you go crazy listening to it on repeat.

Ferry: I think I'd have to go with ‘Adagio for Strings'. The thing with that song though, everyone is used to Tiesto's version, but I feel like people need to listen to the original if they haven't yet. It's not so much about the beginning of this musical piece, it's about how it ends. If you listen to this beautiful original piece of classical music which is about a 9-minute song, you get some movements that are so much greater than what everyone is used to.

How do you feel about upcoming producers such as Oliver Heldens?

Markus: Ah, Oliver is on fire! I played with him over Summer and he is bringing back that 90's element and it's amazing. There are a lot of new guys up and coming that are bringing new twists to the scene that make it so much better than it already is. A lot of is actually simple and you sometimes say to yourself, “Why didn't I think of that?”, ya know? I love what's happening in the scene right now.

Ferry: I have to be very honest, even though it's on a critical note. I give so much credit to all these producers who can actually do something themselves. There are too many guys that have their music made for them and they stand there like a bunch of jukeboxes playing something they didn't originally create.

Are you talking about Ghostwriting?

What can we expect from New World Punx in the future?

Markus: Chaos. We really want to see how far we can push this. We're going to have a lot of stuff for our fans next year, so be ready!

Ferry: We have a few more tracks that are almost ready. We will be touring a lot next year. 2015 will be New World Punx's year.

20 minutes after the interview, New World Punx put on (honestly) the best live set I have ever witnessed. Everything from the light show to the song selection and NWP twist on trance music, left our EDM Sauce crew speechless. Keep an out for New World Punx to drop some amazing records in 2015!