This Chart Shows The Top Selling Genres Since 2004
Advertisement 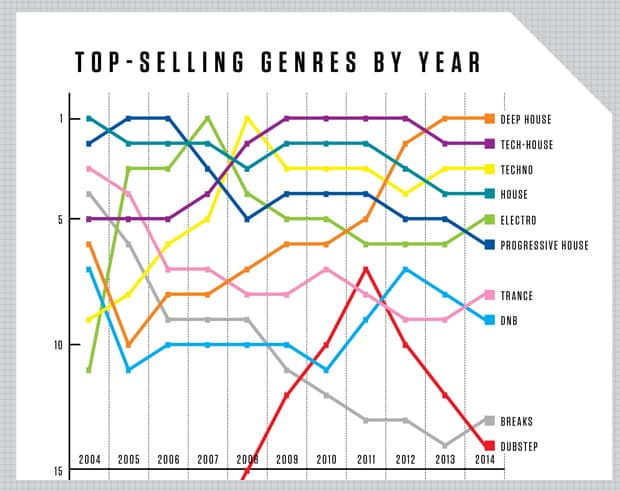 Just recently, Beatport opened up their database to the world to reveal that Deadmau5 was the top selling artist of all time on Beatport. Not only did Beatport share this statistic, but they also revealed what the top selling tracks were along with the artists with the most #1's on Beatport.

Now Beatport has revealed the Top-Selling Genres By Year. Here you'll notice that genres such as breaks, trance and dubstep had a good run, but had a substantial drop in popularity, while genres such as deep house, techno and tech-house have been on the rise.

Does this surprise you at all? Let us know in the comments section below.