On A Psychedelic Journey: An Interview with FEED ME
Advertisement 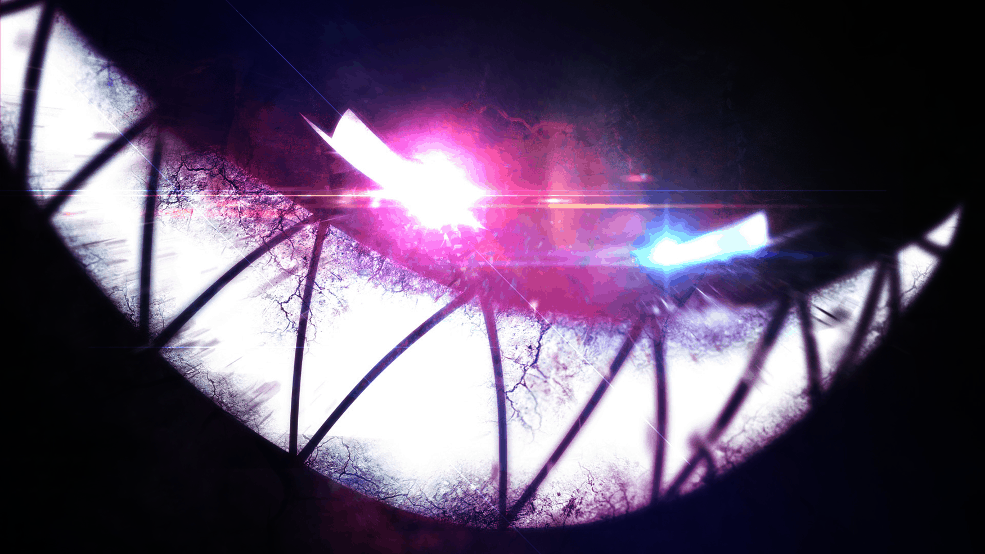 As the first stop on his new US Psychedelic Journey EP Tour, the man behind the green monster, Jon Gooch has got to be nervous. This tour will not only feature his new music, it'll also feature a intense stage and lights set up that rivals Deadmau5.

“I'm hoping it'll work properly,” he laughs, leaning back into the leather chair. Taking in the myriad of tattoos across his arms, I can't help but wonder which version of Feed Me I'm interviewing tonight. He's a complex guy – starting out first in graphic design, the creative and brainy loner discovered FL Studio and his life was changed. In the 11 years since then, he's gone through musical genres, other DJ names, and started his own label. He still does his own artwork. He's been vocal of his dislike of the DJ scene and fame seekers, yet also been involved in wild antics that epitomize the life of those with both fame and bad judgement. He notoriously doesn't like being interviewed. I sort of wonder where to begin.

I ask him some rapidfire questions that our readers have suggested:
How tall are you? 6'1.
Will you ever go back to being Spor or produce music under that name with that feeling again? “Maybe.” He goes on to add, “When I was first making music as Spor, not many people cared for it. That's how it goes, I suppose. Everyone always asks me this, really.”
Are you going to make tracks again with samples from Youtube? “I haven't heard any good ones lately. Probably.”
What's the most exciting project you've done lately? “A video with Jake (Kill the Noise) where we conducted a children's school choir, it's in production now.”

Feed Me is actually coming on tour after taking a break from DJing, so I ask him about the time off. “I've been busy for years doing music and I wanted a breath. My sister has kids, I wanted that family reconnection.” I ask about his own relationship status and he looks surprised. “I've never been asked that before. No wife and kids, last time I checked. Single.” I'm surprised as well – there are definitely legions of women willing to throw themselves at complicated, creative, handsome, tall men who are incidentally famous. Online, Jon seems like a bit of a flirt. “Sometimes I'm a difficult person, and in this business I think, you know, relationships are harder.”

Feed Me's latest album, Psychedelic Journey, is truly about his return to the music and reflection on the past. I asked if he felt older, if he thought the music was different. “It's been lots of work…”he trails off, so I sort of press him. In particular, I'm thinking of the track Alarm Clock, where Feed Me himself supplies the vocals:

We slide away;
an exercise in falling,
and a ticking clock is watching over.
What won't slide away
is the message that we're holding;
that we're looking out for one another.

“I wanted to make more progressive stuff. I think that's the change, taking the sound somewhere different.” Dedicated fans shouldn't worry about this new direction though – even with the infusion of progressive sound (and Jon's vocals), the trademark sound of Feed Me is still deeply engrained in each tracks construction.
“Do you think it's more boring?” he asks, out of the blue. More boring than the tracks that made him famous, tracks like One Click Headshot, which is a straight up banger running on pure adrenaline and testosterone. I tell him I don't think it's boring. I add that it feels as he is growing up, that the kid who created tracks that shook with aggression is evolving.

What will you do when this tour is over? I ask.
Make more music.
And after that?
Make music.
No more breaks?
I have no intentions of stopping again.
He offers me a beer and I regret I need to get back out there and organize my small army of writers and a photographer, all of whom insisted on seeing this show.

The pre-game for FeedMe was producer Tjani, a tornado of energy. Literally every picture we took of him was a blur – he was constantly moving, amping up the crowd with infectious enthusiasm and slamming beats. When FeedMe finally took the stage, and the curtain dropped to reveal a gigantic grinning installation, the crowd could not have screamed any louder.

For the next hour, Feed Me brought his signature sound, and it was the hands down, no holds barred, frenzy that I was expecting. The crowd went predictably insane for One Click Headshot. The surprise? Intertwined through the blistering basslines were peaceful moments – when Feed Me sang his own vocals onstage, the quiet of the crowd as Embers was played.

I really admire what the Feed Me team is trying to accomplish and all the hard work and dedication that Jon has put into the brand, visuals, technology, and of course the music. The production was amazing, the sound, the visuals, the Merch – everything came together flawlessly. It was truly impressive. It easily mde my list of top three shows ever. Feed Me's tour continues across the US through September, so if you missed the phenomenal show at Terminal 5, there are still plenty of chances to experience it.

Show your love for Feed Me –
On Facebook
On Twitter
Buy his stuff
Or seriously, just go to the show:

In this article:Feed Me, jon gooch, sotto voce, Spor, Tjani