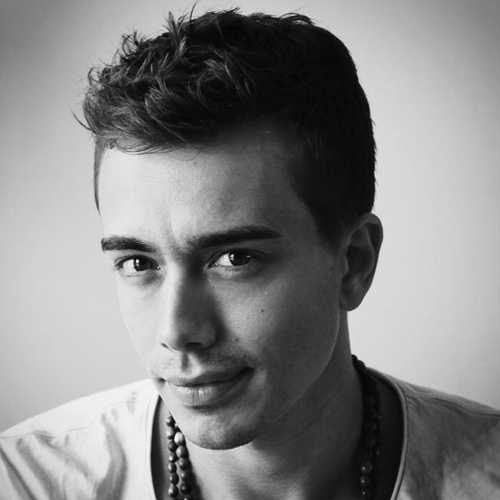 He's only 28 years old, but many would consider Willem Rebergen a.k.a. Headhunterz the most successful hardstyle DJ, ever. For Willem, it all started in 2003. A friend had purchased tickets to go to Qlimax and wasn't able to attend. This was Willem's first exposure to hardstyle.

He started practicing DJing while producing in FL Studio. Together with his friend, Bobby van Putten, he won a competition to play at Defqon.1 under the alias “Nasty D-Tuners”.

In 2005, the duo signed their first record deal with Hardcontrol Records. Simultaneously, Willem and Bobby enrolled in professional DJ classes at the Rock Academy in Holland. Unfortunately, hardstyle production was not taken seriously at the school.

They received minimal affirmation for their work and achievements so they continued to send out their demos and had their most important meeting to-date later that year with Scantraxx founder and hardstyle godfather; Dov Elkabas, a.k.a. The Prophet.

Due to legal binds with Hardcontrol Records, Willem and Bobby were unable to continue producing and performing under the alias “Nasty D-Tuners”. Moving forward, the duo would be known as “Headhunterz” (a pluralized name addressing both members of the group).

By 2006, Willem and Bobby had signed to Scantraxx and performed at major hardstyle events including Q-Base, Defqoon.1, and X-Qlusive. Their 2006 single on Scantraxx, dubbed “The Sacrifice”, was the duo's most successful song to date.

At this point, Willem and Bobby remained engaged to the Netherlands' Rock Academy. Willem believed that it would be impossible to fully develop Headhunterz music with Scantraxx while enrolled with the Academy. Unfortunately, Bobby intended to stay in school, and so the duo split. Headhunterz ceased to be plural, and Willem Rebergen embodied the act as his permanent alter-ego.

In 2006 Headhunterz made his debut Qlimax performance alongside The Prophet, and in 2007 he made his first solo performance at the annual hardstyle spotlight event. Four years after accidently attending the show, Headhunterz was asked to make the 2007 anthem for Qlimax entitled “The Power of the Mind”.

Headhunterz also had several massive releases in 2007, including “Forever Az One” and, a personal favorite, “Rock Civilization”.

In 2008 Headhunterz started a new adventure with fellow Scantraxx DJ; Wildstylez. Together, they spent 13 straight weeks in the studio producing “Project One”, a 13-track collaborative album. The record was debuted, in full, at Defqon.1. “The Album was a defining influence on the direction Hardstyle would take in the years to come, with its emphasis on Synth based trance influenced melodies and heavy use of pitched kicks.”” (Wikipedia).

Following up on the success of Project One, Headhunterz was given the honor of performing the legendary closing set at Defqon.1 in 2009. In addition to the performance, he also produced the festival's anthem: “Scrap Attack”. Headhunterz notes this as a major milestone in his career, and the completion of one of his largest career goals.

After more than a year, the Project One World Tour with Wildstylez came to an end in Australia.

Riding an epic wave of popularity, Headhunterz remembers 2010 as “…a year where my international bookings overtook my national ones.”

On January 30, 2010, Headhunterz hosted his own edition of X-Qlusive at the Heineken Music Hall in Amsterdam. The event was headlined by:

To Willem, this was the highlight of the year: “It was an amazing night – a milestone in my career and personal life. I could have never imagined getting so far.”

Headhunterz continued his production work, releasing his 15-track album “Studio Sessions”. A world tour through the U.S., Netherlands, Australia, Russia, and Canada accompanied the album release. Once again, he was asked to produce the anthem for Defqon.1. The 2010 theme was titled “Save Your Scrap for Victory”.

Later in the year, Headhunterz released his “Psychedelic EP” whose title track has seen lasting success and popularity for almost 5 years. With the addition of hardstyle to the DJ Mag top-100 annual poll, Headhunterz LED the genre, finishing 36th overall. Noisecontrollers, D-Block & S-te-Fan and Showtek also made appearances on the list.

Headhunterz doubled down on his success in 2011 by launching the “Hard with Style” Podcast. Featured on soundcloud:

“After years of playing at clubs and events all over the world, worlds #1 Hardstyle DJ thought it was time to add a little extra flavour. Headhunterz presents ‘HARD with STYLE’ is a monthly podcast since 2011 and has already featured more than 350 diverse tracks.

Compiled to keep you updated about the freshest banging beats from around the globe, ‘HARD with STYLE’ will give you a very personal approach to presenting Headhunterz' favorite tracks of the moment via podcast (iTunes), SoundCloud and YouTube.”

Hard with Style has quickly become one of dance music's most successful podcasts and premier resource for producers to debut new hardstyle material.

Headhunterz released several singles and remixes in 2011 and performed at just about every significant hardstyle showcase including Decibel, The Qontinent, Defqon.1, X-Qlusive, and Mysteryland.

2012 would mark a major career shift for Headhunterz. His third studio album entitled “Sacrifice” would be his final release on Scantraxx records. The album was almost entirely a culmination of 2011 production. It featured the uber-popular track “Dragonborn”, inspired by the 2011 video game “Skyrim”, in addition to 9 other songs:

Headhunterz would donate all profits from Sacrifice to the dance4life charity.

In harmony with the album release, Headhunterz also began working on several side projects. He selected a handful of popular house songs and added a hardstyle spin. From his own words: “Doing remixes for other genres makes so much more sense than remixing stuff in your own genre…it gave me a whole different approach in producing hardstyle and I hope the same fans will benefit from that.” Many of his remixes found fast popularity including “Lessons in Love” by Kaskade, “Spaceman” by Hardwell, and “Spectrum” by Zedd.

Collaborating with Nosiecontrollers and Wildstylez, Headhunterz produced another Defqon.1 album released on Q-Dance records entitled “World of Madness”. After placing 36th in 2010 and 17th in 2011, Headhunterz was elevated to No. 11 in DJ Mag's top 100 poll of 2012.

In October, 2012, Q-Dance and Headhunterz joined forces to create: “Q-Dance presents: Headhunterz – Hard with Style”, a show that would debut at Amsterdam's newly constructed Ziggo Dome (HQ live set below). The lineup featured artists who had worked with Headies on Hard with Style since its inception:

In February 2013, Willem signed on with Ultra Music. The deal was a massive milestone in both the career of Headhunterz and the hardstyle genre as a whole. Upon signing, Headhunterz released this statement:

“The deal with Ultra Music is a turning point in my career as an artist and producer. Having complete creative control in every aspect of what I do as Headhunterz will no doubt allow me the space and creativity to be true to hardstyle whilst being able to spread my music on an even larger scale backed by their resources, I am thrilled to get started on this exciting new adventure.”

Later in the year Headhunterz released two singles “Colors” feat TaTu” and “United Kids of the World” feat Krewella.  The single with Krewella was released in partnership with DoSomething.org, and organization aimed to help fight bullying and help young people to make social changes.

In addition to signing with Ultra, Headhunterz also officially launched his own Record Label: “Hard with Style”. He will use the label as a platform to help continue to perpetuate hardstyle into the mainstream and to showcase up and coming producers.

Headhunterz, in collaboration with Audiofreq released “Breakout” on Ultra Records in March, 2014.

It's been more than 10 years since 18-year-old Willem Rebergen accidently attended Qlimax; an accident that would ultimately perpetuate one of the 21st centuries most successful careers in dance music. Referring back to the DJ Mag top-100 poll: Only 13 other artists have placed inside the top 25 for the last three years consecutively:

Not a bad list of names to be included with.

You can learn more about Headhunterz by checking him out on social media:

Advertisement. Scroll to continue reading.
In this article:Headhunterz