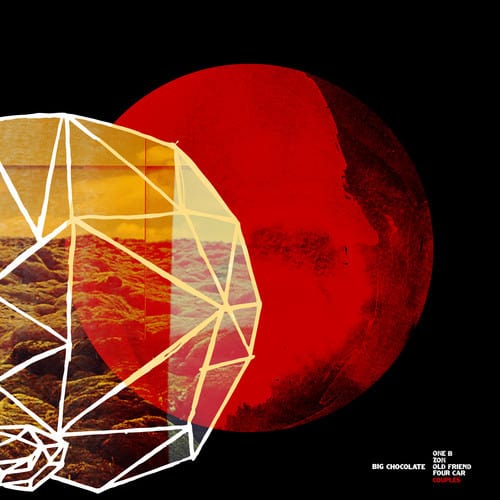 Cameron Argon is a busy bee. Whether you know him by his electronic music moniker, Big Chocolate, or his Jekyll-like solo death metal project, Disfiguring The Goddess, the mustaschioed Seattleite seems to never not be making music. With his last Big Chocolate EP, Clean, coming out a year ago, Argon has since shown radio silence when it came to his EDM productions, focusing more on his DTG productions (you can take the boy out of death metal, but you'll never take the death metal out of the boy).

However, after months of occasional tweeting about his prolonged “music hermit” status, Argon has now announced that brand new Big Chocolate music is quickly coming up on the horizon in the form of a new EP, Couples, which is set to be released on July 29th. Today, Argon dropped the first track of the EP, entitled “One B.” The twerktastic track touts tons of of trappy treble, speaker-rattling sub-bass and moombah-influenced synths, and also utilizes several vocal samples, including a down-pitched line that nearly sounds like a didgeridoo and acts as a melody of its own. With the song running at almost five minutes long, Argon takes his sweet time in each buildup of the three drops, and for those that are able to twerk to the entire song without getting exhausted, an award will be sent to you for your accomplishment.

According to his website, Big Chocolate will be previewing another new track on July 22nd. And if “One B” has won you over, you can pre-order Couples on iTunes.