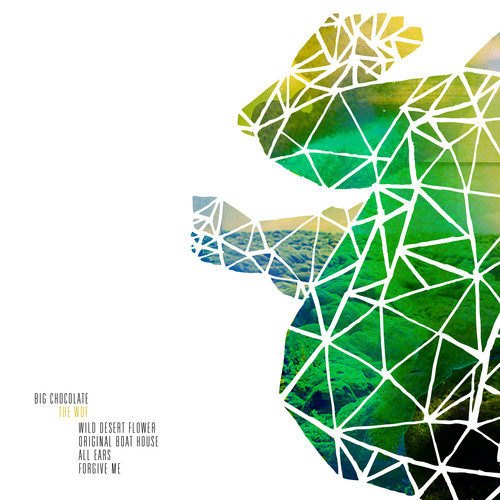 A month ago, Big Chocolate finally came out from his producer hermit hole to release Couples EP, his first new EP since 2013's Clean. Couples showed Big Chocolate moving away from the heavy and aggressive bass music that most listeners know him from in his earlier works of Hilion and Red Headed Locc, but no matter how genre-ambiguous his new productions may be, they're still crafted with meticulous talent. On another note, some listeners thought Big Chocolate's year-long music sabbatical should have yielded more music than just a four-track EP.

In regards to that, Big Chocolate revealed another upcoming EP to rhetorically ask, “did you really think that was all I made in the studio?”

This new four-track EP, entitled The WDF, will be coming out on September 9th, and although the cover art's similarity to Couples infers that the two EPs work in tandem with each other, the first track Big Chocolate debuted from the new EP, “Original Boat House,” is different from anything heard on Couples.

A collaboration with fellow producer Tyler Blue, “Original Boat House” is a deep and atmospheric house-tempo'd tune, but don't get the idea that it's just an emulation of Disclosure or the ever-growing trend of deep house. Instead, “Original Boat House” bears more of a deep trance and progressive feel to it, akin to Jaytech or Moonbeam. Starting with a garbled synth-line, the beat momentously shapes itself in an orderly fashion that faintly foreshadows what's to come in the waveform horizon. As the break comes to disassemble the beat into nothingness, the deep Synth lead comes from the opaque distance, like its coming from a fog-shrouded boat in the open sea. The lead continues to play through its filtered cage as the snare roll begins to instigate the buildup. Once again, Big Chocolate shows his new penchant for slow-roasting buildups that savor every second of juicy anticipation, and as the first lead melody fades and the snares increase to frantic rapidity, it finally hits the big-room deep drop of a massive kick and gritty horn-like synths.

With “Original Boat House” being a song that could easily fit on an Anjunadeep podcast, two things are realized: 1. Big Chocolate is a hella flexible producer who's not afraid to flex, and 2. There may be more surprises in store with the other tracks on the upcoming EP. Unfortunately, based on the timer on his website, there won't be any more debuts from The WDF prior to the EP's release, so we'll just have to wait and see. For now, you can pre-order The WDF on iTunes.

In this article:Big Chocolate, Tyler Blue