Let's Get Lifted - An Interview with D!RTY AUD!O & Yultron
Advertisement 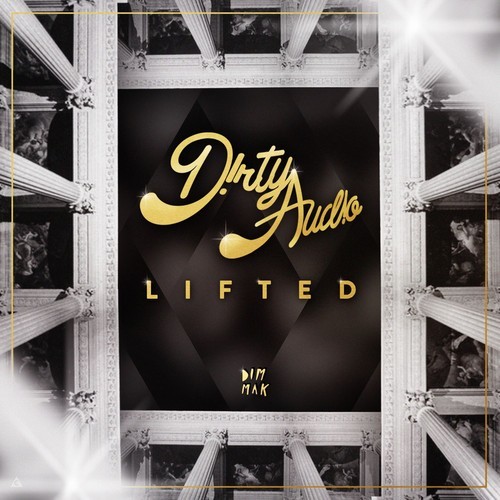 Today is the day D!RTY AUD!O has been waiting for, his new EP ‘Lifted' is dropping on Steve Aoki's Dim Mak Records! And yesterday I had the pleasure of discussing the EP's release with D!RTY and Yultron, whom he collaborated with on the EP!

First I asked D!RTY what inspired him to produce the tracks on his EP.

Track 1) Bring It Back feat. Mr. Collipark: This track had a bit of a different inspiration than D!RTY's other two tracks. D!RTY listened to Mr. Collipark and other old school producers a lot growing up so he was extremely excited to work with one of his idols again. Being given the once in a lifetime (or in this case second) opportunity to produce a track with an idol of his, D!RTY wanted to return to his roots, producing an old school track, a classic twerk track that people would still love and listen to today!

Next I asked what it has been like working with Steve Aoki on Dim Mak Records. D!RTY described it as:

“Cool,” saying he “really likes them,” because he “still has creative control.”

“Creative Control” referring to working on his EP, as well as other tracks, and being able to do what he wants throughout the production process; for example, D!RTY worked on ‘Lifted' for a solid month, doing what he wanted to when he wanted to with Steve Aoki and Dim Mak only being a factor after the EP's completion.

After discussing each track and their influences, I wanted to get Yultron into the conversation and the two of them to elaborate on their track together. I asked them how they first got in business with each other and D!RTY responded with:

“I heard his collab with CAKED UP, I really liked it, I sent him a beat, and he killed it!”

I agree, Yultron most definitely killed it! D!RTY and him work well together, which brought me to my next question. Since the two have such awesome chemistry, I wanted to know if they had any plans together in the future. As for their plans together they couldn't say too much, but they did say another track together was in the works, hopefully to be released as a single one day. D!RTY also briefly mentioned some of his personal plans, saying:

“Style is always changing,” so he plans on “branching out a bit.”

That was about the last of my questions, but as we approached the end of our conversation, becoming more and more personal with each other, I had one final question for D!RTY and Yultron. What were they doing today, to which they responded:

And I don't blame them, I would be too if I was dropping an EP on Steve Aoki's Record Label! I hope they have a great time celebrating tonight, and I wish them the best of luck with both of their careers. I also thank them for giving me their time, it was awesome talking to them, I hope they keep in touch!

While there's been recent reports of Skrillex in the studio with a handful of artists and DJing at various venues throughout Southern California, Skrillex...

Kayzo and Ookay Suggest The Binches Are Going On Tour Together [Ookay, Dotcom, Kayzo, Yultron]

EDC Las Vegas was only a week ago. While many are still processing exactly what happened underneath the electric sky, artists have already returned...

Dotcom and The Binches Brought Out Marshmello At EDC 2018

Even though most people know by now that Marshmello is Dotcom, that doesn't mean that he is still going to have fun with the...