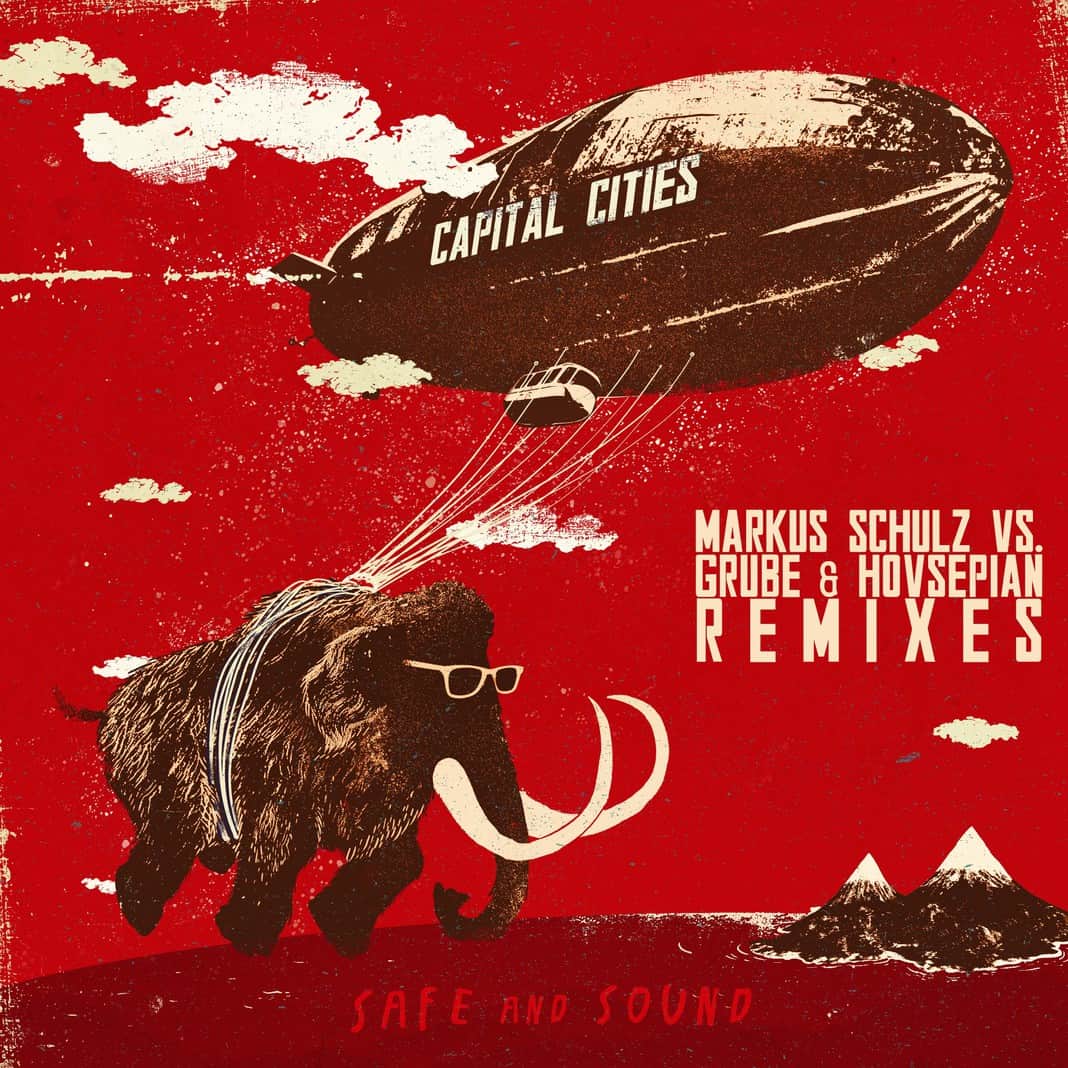 Capital Cities ‘Safe and Sound’ (Markus Schulz vs Grube & Hovsepian Remix) is the first release from Markus Schulz since his fifth artist album ‘Scream 2' that came out earlier this year on Armada. The trance-led remix battle between trance-legend Markus Schulz and the formidable EDM duo Grube & Hovsepian makes for a huge and significant club anthem of the indie-pop record, ‘Safe and Sound.’
Markus launched 2014 with Scream 2, the17-track follow up to the extremely successful album Scream. Since the 2012 release of Scream, Markus’ schedule has been relentless and his return with Scream 2 saw him push boundaries and pour heart and soul into the album that is simply massive.
His relentless touring and commitment to spending time in the studio to make music for his fans have together gained him sincere respect across the clubland and secured his place as one of the biggest DJ’s in the world.

Markus’ performances during Miami’s Winter Music Conference saw him play host to the world’s electronic family as he played a special 10 hour open to close solo set at his home of Club Space and rounded off the week with good friend Ferry Corsten as New World Punx as they performed at Ultra Music Festival.

Catch Markus as he embarks on the USA bus tour as he cruises to Bloomington through to Atlantic City before crossing the pong to play dates across Europe at some of the best festivals and clubbing venues around as Markus Schulz and as New World Punx. See tour dates below.