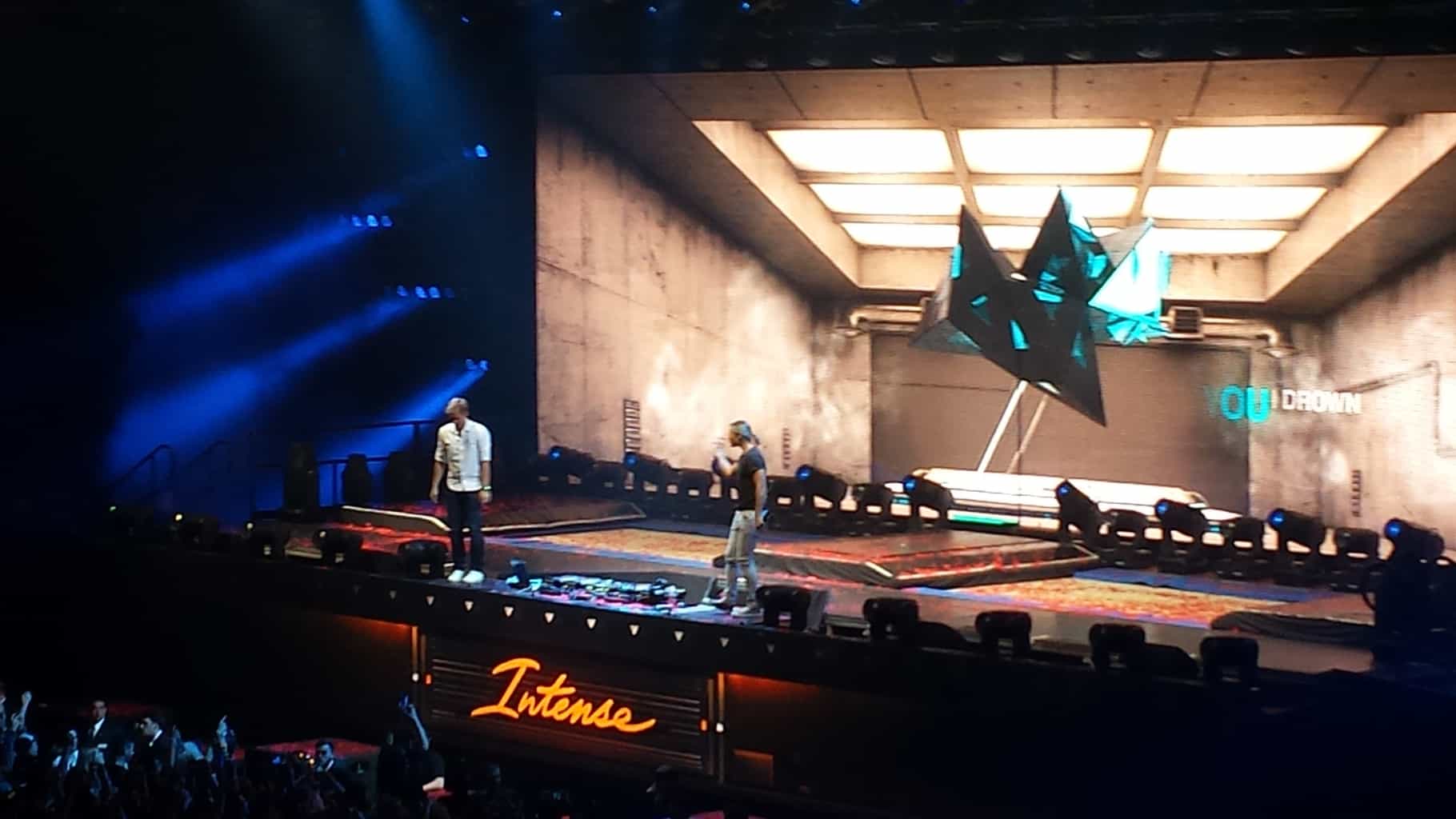 April 11, 2014 Madison Square Garden, New York City.
First impressions for our review of “Armin Only” Tour at MSQ…The lines are long. We (and everyone else) were patient though, knowing that our reward would be an INTENSE night. Once inside, we watched as the Garden filled up. With more than 18,000 seats, it took awhile, but seeing the sea of trance fans put into perspective just how popular Armin here in the Big Apple.
When the lights went out, the roar of the crowd was like nothing we'd ever heard. A giant white ball appeared out of the darkness, like a primordial sun, Armin in front of it like a phoenix with his arms outstretched. The entire room erupted in screaming as Fiora launched into the first tune – “We’re always waiting for the Night.” I could not believe that this show was going to go for six hours straight, with real instruments for all of the songs, but I knew from track one that this would be a show unlike any I'd ever seen before.

Three hours in, I found myself crying – literally tears filled my eyes as the audience threw their hands up toward the sky and let the music fill themselves. Armin was an incredible showman – we felt every beat, every soaring melody, and as singers and musicians crowded the stage I realized how much work he must have put into every note of the production. What was most insane was the variations in the crowd – the young, the old, all united. Some wept. Seeing everyone dancing, socializing, laughing, making new connections and friends, and making memories… Armin played all of his songs from his 600 State of Trance, as well as songs from his Intense album that was released May of last year. Calling this an “Intense” tour was an understatement – it was so much more than the hype. I’ve seen Armin van Buurren play in Miami at Ultra Music Festival for the last two years, and this was hands down the best show I have ever seen. Ever.
If Armin van Buuren is coming to your town, you cannot miss it. It was more than an unforgettable show, it was a soul-filling experience.