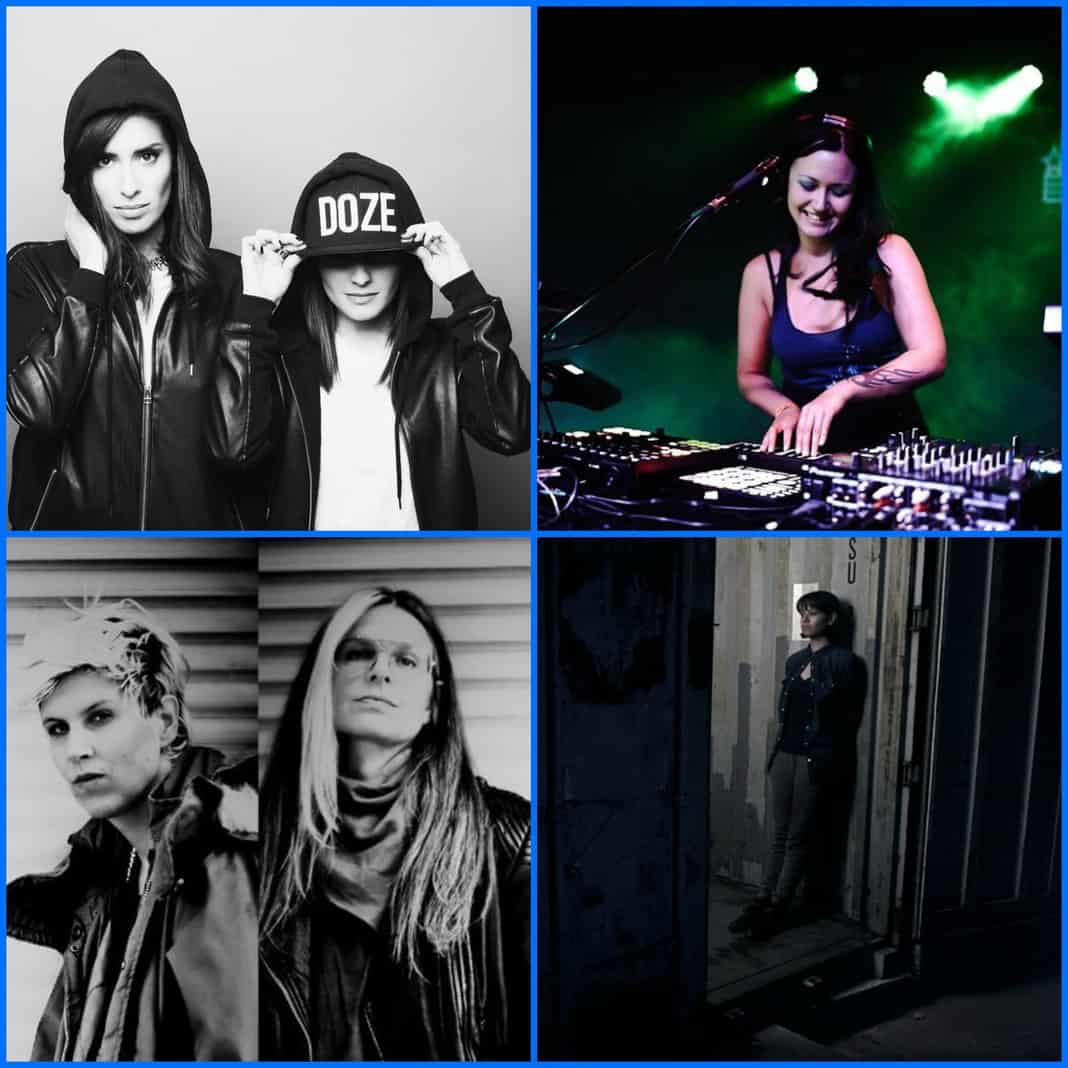 Welcome to volume 9 of Femme Fatale Friday. Today we have The Jane Doze, Ill-esha,Sick Girls, and Ikonika. Along with some new beats from Nicole Moudaber, Chapeau Claque, a oldie but a goodie from Colette, and postcasts from JES and Jessie Andrews. Enjoy!

The Jane Doze
New York based DJs/producers duo The Jane Doze is made up of two talented artist, Jen Mozenter and Claire Schlissel. They have only been teamed up for the past three years and have already made a huge splash in electronic dance music with their remixes and original productions. Their sound range from dubstep, trap, house, electro, progressive, and whatever else they think will make you tap your feet. Get your dose of the Doze with some of their tracks below.

LAUREL – “To The Hills” (The Jane Doze Remix)


ZzZzS in the Trap ( LOOOOVEEEE IT)


Haus Of Doze 5: The Road To Independoze

Ill-esh is just amazing. This Denver gem has produced and remixed so many tracks that she makes it hard to choose just a couple. She has been in the electronic music scene for over a decade and has continuously given fans fresh beats to keep dancing. Ill-esha originally came to music as a vocalist. Soon after she added Mcing and DJing to her list of talents. She has headlined in multiple events, clubs, and festivals from North America to Asia. Keeping audiences bumpin to some dubstep, glitch hop, drum & bass, electro pop, downtempo, and soul.
Lighthouse

Coming from a time when techno was all the rage in Berlin, Germany, Sick Girls decided they needed to change things up. Dirtying up the scene with some dubstep, extra bass, dancehall, and some hip hop. In 2005, they created series called, Revolution N°5, which aimed to highlight music that had no guidelines except to “kick ass”. Check them out below.

Lets hop to the UK with some Ikonika beats. Debuting her first track in 2008, ‘Please’ (Hyperdub). Ikonika was praised in the UK underground scene with her unique sound. Following her debut single, she realesed her first album in 2010 which inspired The Guardian, BBD, NME, FACE, and Pitchfork (just to name a few) spread the word about her skills. Today, she continues to produce great music while finding new talent to add to her label, Hum + Buzz with Optimum. Enjoy!

Nicole Moudaber- See You Next Tuesday