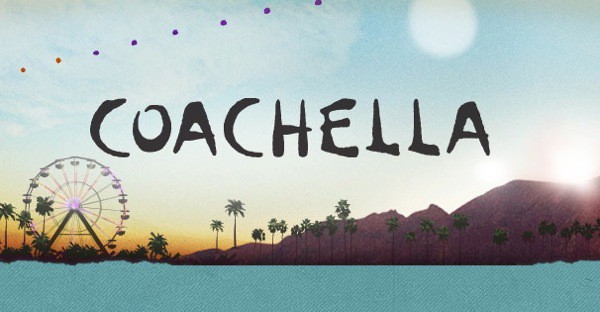 I'll make a prediction: music festival parties are going to become a thing in the future. The last couple of years have seen the advent of live YouTube streams of some of the biggest parties on the planet. This year, Coachella amounted nothing short of what it advertised, airing full artist sets with the ability to switch between multiple stages at a given moment. Transitions between sets included exclusive interviews of artists before and after their performances. It was impressive to say the least. Here were the most notable takeaways from my live stream experience this weekend.

Carnage came into this with one goal: to shut down the Sahara tent. Maybe it would be a mistake to let him perform this early on a Friday. This set exhibited the most mayhem and easily had the most raucous crowd shown throughout the stream. Who had to follow him afterwards?

The Glitch Mob had perhaps the best visuals shown all weekend long. The Music Video above is very similar to what was shown through the tent monikers, which had intense graphic patterns that complimented the unique drum pads and other instruments, almost seamlessly. This made it easier to appreciate the music, especially since the crowd looked exhausted after the Chipotle Gang ran through.

Girl Talk is comprised solely by Gregg Gillis, is a Pittsburgh based DJ that specializes in pop music mashups of songs that go as far back as the 90's. It was basically giant house party at the main stage. The artists that he collaborated with live: Juicy J, E-40, Too Short, Busta Rhymes, and Paul McCartney. It was the most fun set I saw all weekend. The unique blending of your typical top 40 hits infused into dope beats helped join these Coachella fans who can have distinctly different musical tastes.

Martin Garrix had the most impressive set in my opinion. It was like he had something to prove after being publicly criticized by the likes of Deadmau5 during Ultra Music Festival. He started off with the Botnek version of “Animals”, setting a statement that he had plenty more to offer over the course of the night. What I liked most about his performance was the high energy flow, undisturbed by the likes of using Mic time to hype the crowd. You know, artists telling the crowd the usual, “Coachella make some noise”, “I want you to go crazy when this $%#t drops!”, or my favorite “You're the best crowd ever!” Instead Martin let his setlist do the talking. He played some of the typical festival bangers sure, but the production level and detail put into his performance spoke for themselves. He pleasantly exceeded my expectations, which I am ashamed to say weren't that high just a week ago.

Two years ago at Coachella, Zedd played the Sahara tent in the early afternoon. To be playing in the evening slot this past weekend shows not only the popularity he has gained as an artist over that time, but also how his music has evolved. Flipping between Outkast and Zedd as I did, you could be mistaken in thinking Zedd was the Friday evening act to see. Outkast was chosen to perform main stage possibly because of nostalgia and out of respect for their first live reunion. What they ended up bringing to the table wasn't on the same level as what Zedd was doing in the Sahara tent. It's not that Hip Hop is dead and electronic music is the only thing going on. It's a generational thing, a personal preference, the advent of a new type of live music experience. Zedd is right at the front of this movement.

Skrillex's set may have had more audience members than Arcade Fire for their festival closing main stage… It's hard to separate a rising consensus preferring electronic music over rock music, but there is a reason to this growing trend. He played from on top of a spaceship, his music complimented by visuals displayed on enormous screens surrounding the audience. The energy for this was an 11 at least. With the type social environment commonly attributed to dance music, and the interactive visual environments of the Sahara stage, throwing Skrillex in there seemed like overkill. People spanned far outside the tented area, I can only imagine what it would have been like in the crowd. For all intents and purposes, this was the main stage. A memorable performance like this, broadcasted worldwide, reaffirms Skrillex's position in the force that is electronic music today.

With trap music being my flavor in life right now, I looked forward to the Flosstradamus set on the closing day of Coachella. I was disappointed that they played in the Mohave tent, it was almost laughable compared to the sensory barrage that is the Sahara tent. With accompanying trap artists such as UZ playing a 1230 set time, it shows that trap music doesn't have the mainstream appeal or acceptance that other forms of electronic music currently hold. Compared to what I saw with other Coachella performances, I still feel like the trap movement has plenty of room to grow here, and that's a compliment.

He had the most audience members of any performance except Dr. Dre with Snoop Dogg and Tupac. Calvin Harris is another artist from the amazing 2012 Coachella lineup that graduated from the Sahara tent to a main stage role. Out of the four times I've seen him perform, this was the best overall performance, considering the crowd energy and production value. At least I got to enjoy it from the comforts of my own home.

Coachella 2014 week one is the best live music stream I have seen to date. The improvements to video production and dedication to VIP-type content have made this a serious avenue of choice for music fans who don't have the means or availability to attend the event. I watched week one of Coachella 2012 online, which helped create a foundation for my music festival roots. I decided to purchase tickets for week two while watching the stream. a most proud spontaneous moment of mine. With future events such as EDC and Tomorrowland continuing the festival streaming experience, there is obviously no worry that free broadcasts will deter customers from being future festival-goers. You can't replicate the festival experience through online feeds, but at least you can still be connected.

Weekend two of Coachella will also be covered, but this time by AXS TV. Here is the AXS festival portal containing broadcasting set times, interactive diagrams on social media metrics, and even live polling of artist performances. Skrillex and Calvin Harris are the most notable electronic artists that will be shown this upcoming weekend. It seems AXS will be spreading their coverage through more traditional Coachella music genres, perhaps reflecting expectations of what AXS believes their TV audiences would watch. If last week was any indication, this may be a mistake.