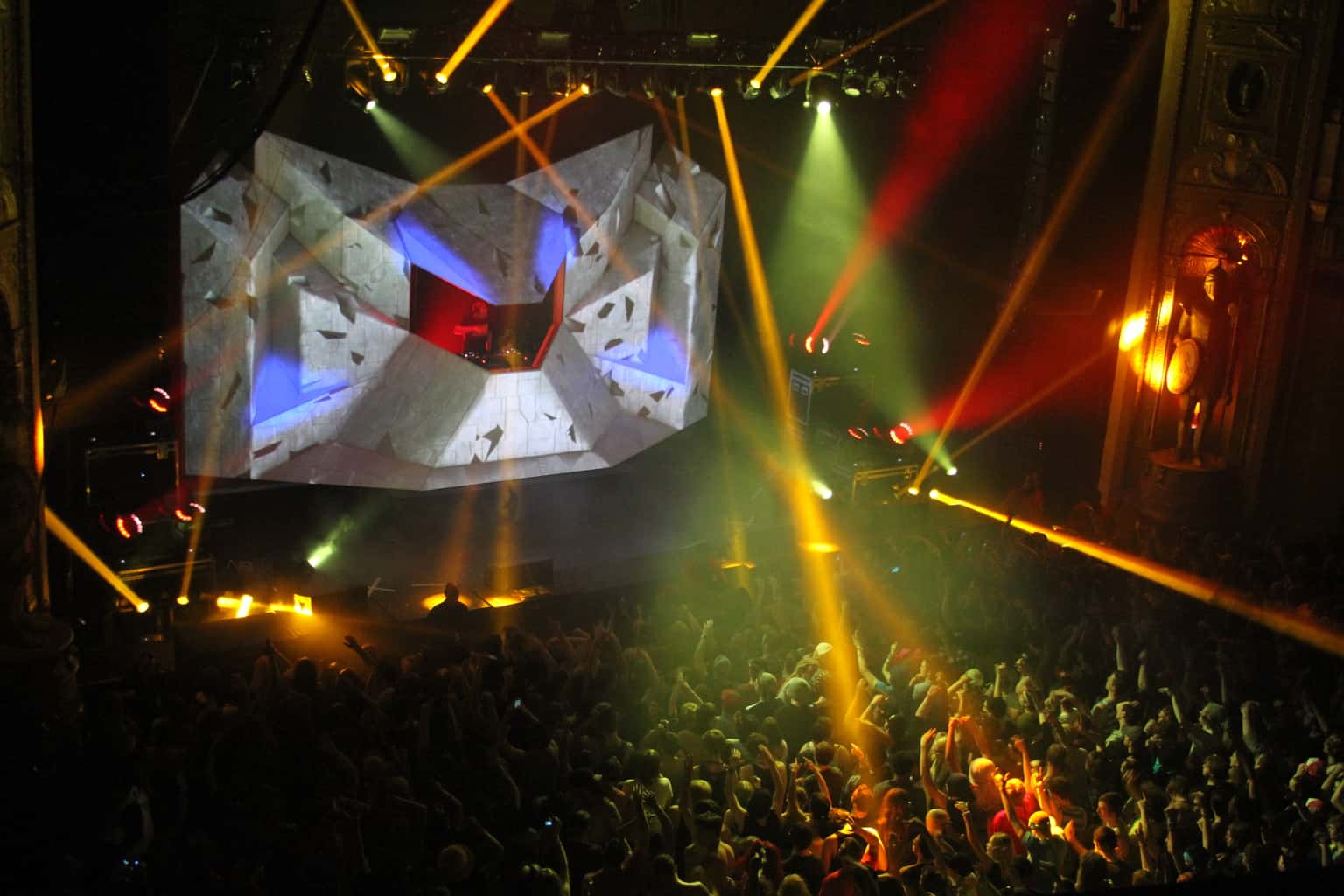 I have been to the Fillmore multiple times. It's a beautiful venue that's perfectly located in Detroit. Yet, this was my first time experiencing the Fillmore with Excision and his 150,000 Watts of Sound filling its halls.Starting off the night was Ill Gates. His act was full of energy that got a lot of fans attention and praise.

Following up Ill Gates were the Dirtyphonics. Best known for their explosive beats which consist of electro, dubstep, and drum & bass, they instantly filled up the dance floor. They took the audience on a bass ride, dropping some of their great track such as ‘Dirty', ‘No Stopping Us', and their own version of Sandstorm (when is sandstorm ever a bad idea?). Not only did they bring it musically, but their love for the music and the fans kept the energy flowing. One of my favorite parts of their act is when they filled the venue with mostly lighters instead of all phones. A sight you don't usually see anymore, which was pretty great. Next would be the straying the crowd being sprayed with water guns later on in the show. It was fun, interactive, and greatly appreciated by the non-stop stompers on the dance floor.

After Dirtyphonics left the stage, giving fans a much needed mini-break, The Executioner came out to play. A 15 feet tall, 28 feet wide, transformer like bundle of anticipation was brought out on stage. As the music started, video and lights illuminated the Executioner with an explosion of bass. It really should have a label saying, ‘warning, the bass might break your face', because that's how intense it was when you were front an center of the stage. Couple of my favorite parts were the 3D animation of a dinosaur clapping along to ‘We Will Rock you”.

Followed by a dubstep version Dillon Frances Fine Without You Now. It's one of those songs that hits the spot and Excision made it his own. Last but not least, the dinosaur at the end. Who doesn't like dinosaurs? I know I do

The lights and videos could have been easily overpowered the performance leaving the music in the dust. However, Excision brought the music, mixing, visual effects, and audience participation together flawlessly.

Overall, the Excision Tour at the Fillmore in Detroit was filled with great performances by some talented DJs and producers. A true headbangers delight. If this tour comes to your city, don't miss out.