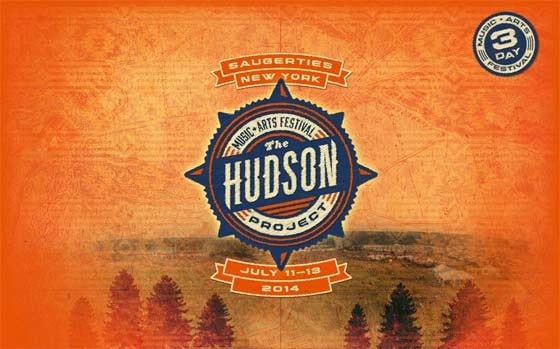 Ever since the news of a mysterious collaboration between EDM monopolizer SFX and event company MCP Presents festival heads have been waiting patiently. Shortly after news of Camp Bisco being cancelled for 2014, The Hudson Music Project was announced. The event will be taking place July 11th-13th at Saugerties New York, where the historic Woodstock '94 concert was held. It is the first festival to be held on the grounds since that time. The line-up that was released today at 11am EST features an incredible genre bending mix of artists like: Kendrick Lamar, Bassnectar, Capitol Cities, Moby, Infected Mushroom, Big Gigantic, Modest Mouse and The Flaming Lips. The festival is also the first to feature the legendary jam band The New Deal who are reuniting after a two year hiatus to hit the summer festivals. Tickets go on sale on Friday and there are several different packages available. Take a look at the full line-up below, and get ready because this one will most likely sell out fast.

In this article:Saugerties, The Hudson Project