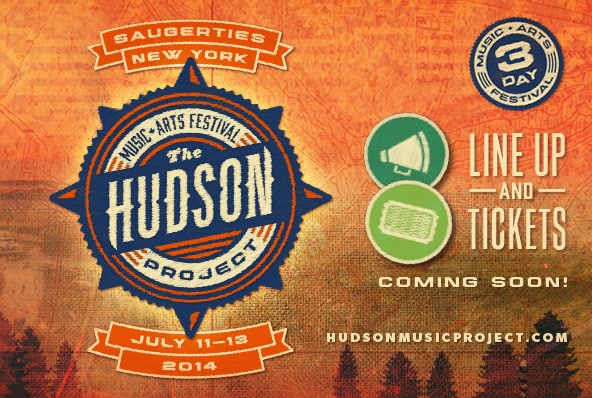 A few weeks ago we reported on the possibility of a SFX super festival being planned in accordance with MCP Presents at Saugerties, in Hudson Valley, New York. This morning MCP Presents announced its newest festival to hit the summer line up, The Hudson Project. When reported earlier SFX who was funding the event through MCP were still working with local zoning boards in order to gain a mass gathering permit, which is needed to have an event of over 5000 individuals in one area. The local community has decided to give the companies permission to move forward.

“Our goal with The Hudson Project was the creation of a music and arts festival that also highlighted the beautiful area where the modern Music Festival genre was born, […] By offering camping with a genre diverse lineup ranging from Rock to Pop, Hip Hop to Electronic and more, we’re hoping to offer a great local option in the U.S. festival market.”

MCP Presents made clear that they will be providing mass transit opportunities from New York City to Saugerties when the festival is held over July 11th-13th. With Camp Bisco taking a year off, The Hudson Project is MCP Presents main focus at the moment. Stay tuned for more News surrounding the exciting but mysterious festival and head over to the official website to see what all the buzz is about.

In this article:Saugerties, The Hudson Project