These Guys Figured Out How To Bypass Tomorrowland's Waiting Queue
Advertisement 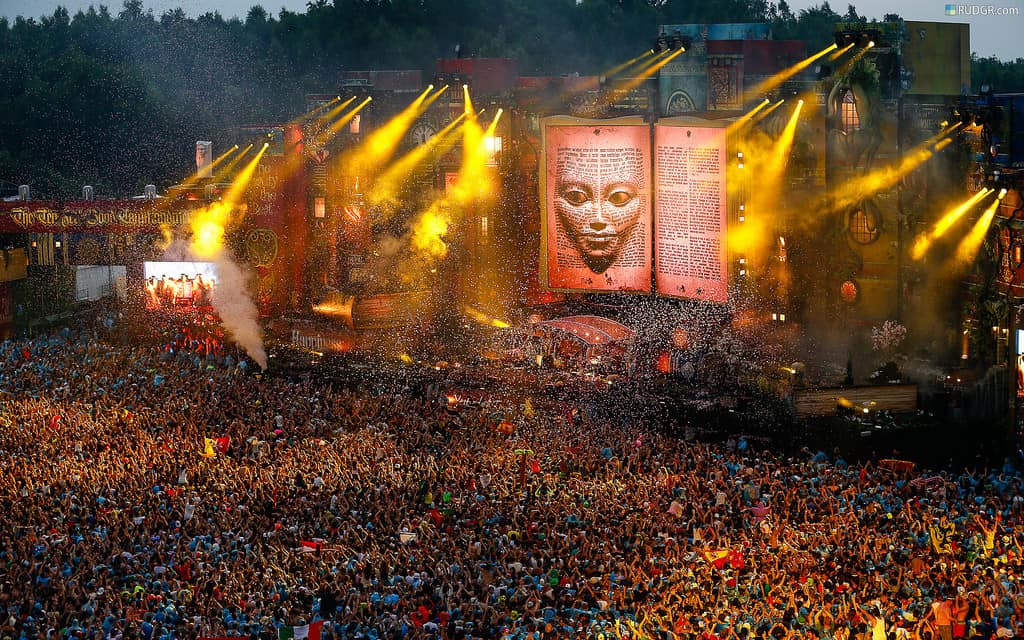 As Tomorrowland's tickets officially go on sale this Saturday at 5 P.M CET thousands of fans will be clicking their mouses in hopes to gain access to Tomorrowland's waiting queue. Even though Tomorrowland 2014 will now take place during two weekends, the chance of securing one ticket is near impossible.

Three friends from Belgium though have come up with an in-depth discovery on how to bypass Tomorrowland's waiting queue and purchase the tickets before anyone else does. The process isn't the easiest one, so beware.

EDM Sauce was so intrigued by the discovery that we reached out to owners of the blog, Herman, Michael and Kristof to ask them a few questions, here were their responses.

EDM Sauce: Great Job on discovering how to bypass the waiting queue!
Kristof: Thanks, in fact it was not that difficult at all. A ticketing system is most of the time just a computer handling requests. If you know how the waiting list system works, it's just a matter of finding the right technique to get the first spot in the queue. We succeeded in this challenge And that's how we got our tickets within a few minutes.

EDM Sauce: What's your background with computer programming/hacking?
Kristof: It might sound odd, but none of the three guys who designed our master plan has a hacking or security background. Also, what we did was not hacking, but rather investigating the system thoroughly. I'm a web developer so I have the skills of analyzing javascript files and http headers. Michael knows a lot about ip addressing and networking and Herman is an all-round IT guy who brought us tips on saving our network connections from interference. It was all a matter of collaborating smartly, exact timing and understanding how the system responds to a ticket request.

EDM Sauce: How have people responded to the News and other media personnel?
Kristof: This has become a very big story in Belgium. When we decided to publish our entire story, we contacted Tomorrowland and Paylogic first for their approval. Monday noon, right after publishing, the social media boosted the article and we got instant Belgian media coverage.

Television shows, internet news sites, Twitter, radio stations, … It was madness! We never thought the impact would be this big. Today even international media picked up our story.

Again proof that Tomorrowland is a very hot topic and a great Belgian export product. We have been to Tomorrowland every year since the very beginning in 2005, so we're proud to be part of the yearly madness. It's by far the most complete festival experience in the world.

EDM Sauce: How did Paylogic respond to this?
Kristof: We had continuous contact with Paylogic before our go-live.

They congratulated us on the great techniques but to be honest, it would never have worked without a 100% stable setup from their side as well.

Ticket sales and pre-registrations for Tomorrowland have been a disaster in the past. This year, Paylogic managed to create a smart and stable setup to spread the load. In our monitoring to the server, all requests were dead on time. Otherwise our master plan would never have worked out so well so all credits to Paylogic for that. They've also been very fair to us, stating in national newspapers that what we did was completely legal and pretty smart.

EDM Sauce: Do you think Paylogic fixed all of the issues? Or will it still be able to be cracked?
Kristof: In fact there were no technical issues to their system. We just found out that they spread the queue lines over two minutes, with an initial load time of exactly six seconds. But now that entire world knows about this system, their servers might get challenged quite extensively this Saturday on exactly 4PM GMT. That's why we think that Paylogic will change the queue system just a little bit to make sure the load is balanced again. But still, it's just a computer handling some ticket request so there sure will be another way around it. We hope everything stays as smooth and stable as last Saturday, but for those who are curious about the changes done to the system or our new findings just before the sale starts. Good luck to everyone!

Make sure to check out their in-depth post about how they did it here.