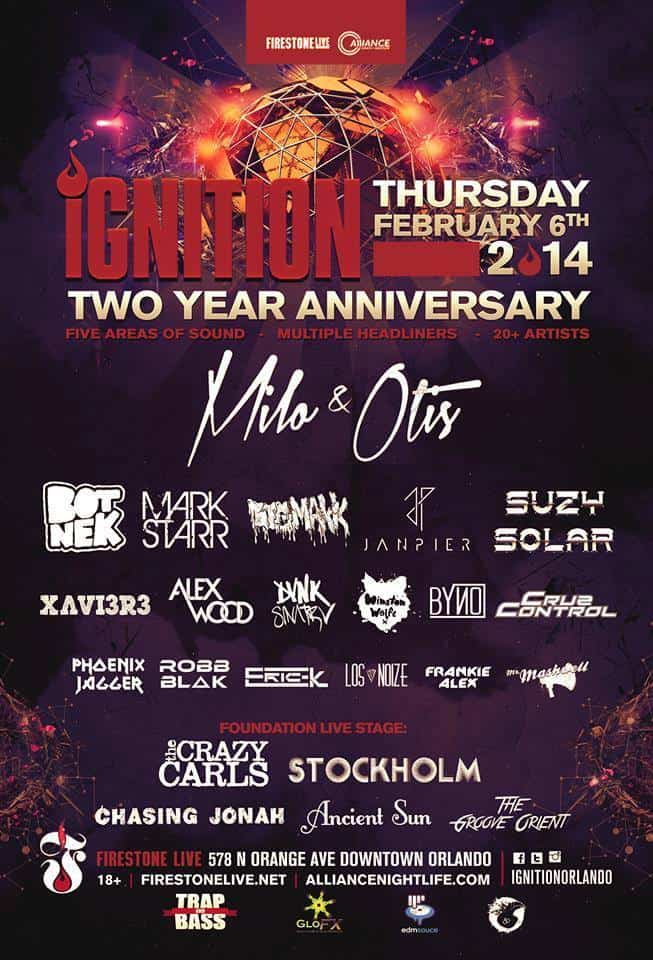 For many years Orlando’s dance music scene was overshadowed by Miami’s glitz and glamor, monopolized by a handful of promoters and DJ residencies, and lacked the unity that once made it a staple in the U.S. dance music scene. In February of 2012, the EDM scene in Orlando saw a dramatic shift with IGNITION,” reads an excerpt from the Alliance Tumblr page.

It's no secret that IGNITION has been one of the driving forces behind the Orlando dance music scene the past two years. Today it would seem like business as usual, but there's a hint of something different in the air. The food trucks are whipping up local grub and the Red Bull MXT is blaring a combination of pop-infused mashups and remixes, the bands are a stones throw away at the Foundation live stage.

The night is still young and we're just kicking back sipping OBP craft brew to celebrate the IGNITION Two Year Anniversary. The real festivities kick-off tonight at 9PM as six headliners take to their respective stages for one of the biggest party's Firestone Live will witness to date. The lineup comes sucker-free and freshly served with the diversity Alliance has quickly become known for. With names like Milo & Otis, Botnek, Big Makk and Mark Starr, we guarantee it will be worth the $10 pre-sale investment. We'll see you tonight in Orlando! Check out the event page here for more details.

Botnek and Snails have always been an eclectic collaborative match up. The 3 Canadians have always shared an interest in forward thinking, original bass...

As thousands of people trekked to the desert this past weekend, fans were delighted to catch Snails and Botnek in the Heineken House during...

Coachella is easily one of the most well known music festivals in the world. This year the line up is as stacked as always....