A Belated Review of MAKJ on NYE in SLC
Advertisement 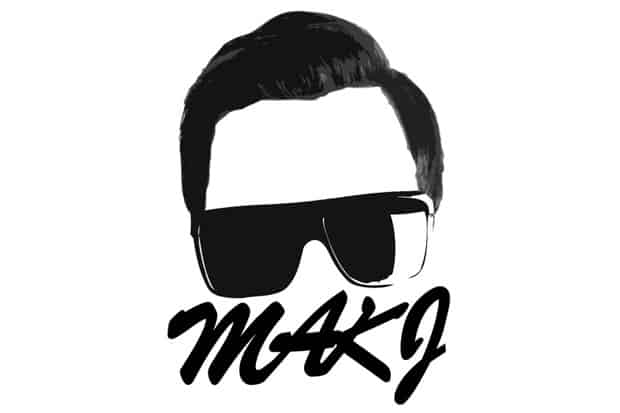 Dick Clark, now Ryan Seacrest, kisses at midnight, champagne… electronic music? Slowly but surely EDM is becoming a fixture of the unique holiday that is celebrated by the whole country and most of the world: New Years. Whether it’s Chuckie and Kaskade in Vegas, or deadmau5 and Tommy Trash in New York, New Years Eve is slowly becoming the world’s #1 holiday for EDM. It fits too perfectly; the celebration, the dancing, the music, the lights, a literal “drop.” New York and Vegas are supposed to be the spots for NYE, but the places in between, like Salt Lake City, get left out. This year, Live Nite Events brought the ‘chinese professional racecar driver,’ MAKJ to the The Depot for an all night celebration.

Slowly over the years The Depot has become a showcase for the latest EDM acts to frequent. Arriving the doors of the venue that has brought acts like R3hab, Mat Zo and Big Gigantic, a crowd was to be expected. We even sent a few contest winners to the show to add to the crowd! Without much fanfare, The Depot quietly made MAKJ the spot to be at on NYE in SLC. With temperatures outside schizophrenically changing from above to below freezing, the crowd was ready to be inside to hear MAKJ.

Once inside the warm confines of The Depot, all the usual sights were there. It was so spot on to what a NYE club should be that, at times, it looked like a hangout for bad guys in action movies. Streamers and confetti at midnight, champagne flutes, and a Dada Life inspired champagne spraying by MAKJ, clearly showing that the California native was enjoying cleaning out our ears with concussive thumps. Throughout the night it became apparent the MAKJs favorite means of transition were drop exchanges; he would build from one song and drop another. However, it was not like you’d expect from a DJ bringing in a similar track to make the transition easy. There wasn’t an easy and expected change from a TJR song to a Martin Garrix drop; MAKJ used intensely unique transitions with songs like “Paradise City” by Guns N Roses, “Seven Nation Army” by The White Stripes, “Still D.R.E.” by Dr. Dre & Snoop Dogg, even a seemingly karaoke version of “Smells Like Teen Spirit” by Nirvana. However, the eclectic transitions usually lead into the expected songs of the day, whether it was the Tommy Trash version of “Reload” or Steve Aoki’s “Boneless,” the actual danceable sounds were a bit predictable and expected.

The night slowly came to a halt in the wee hours of the morning when blissful embraces turned into unknowing homages to Monty Python’s “Silly Walks,” this time sponsored by your favorite purveyor of liquor. As everyone woke up the next morning with a nice hum ringing in their ears, they probably only remember a vague memory of what happened the night before, but that’s okay, the night was fun and that’s all the detail you needed.