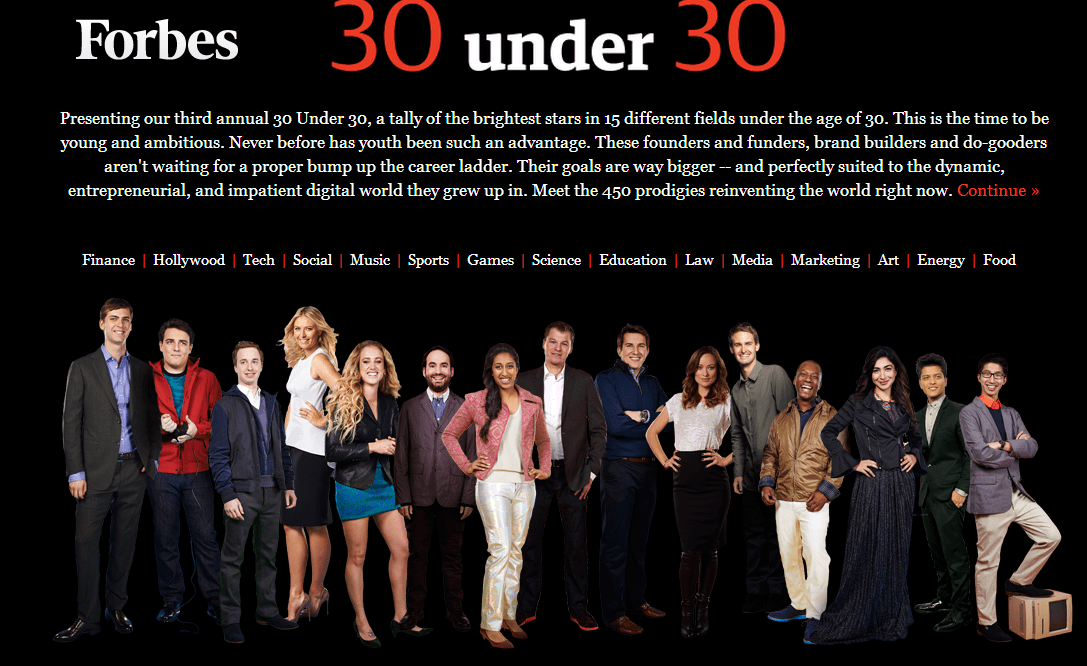 Forbes is proud to present their third annual 30 Under 30 lists which cover 30 people who excel in either Finance, Hollywood, Tech, Social, Music, Sports, Games, Science, Education, Law, Media, Marketing, Art, Energy and Food. “This is the time to be young and ambitious. Never before has youth been such an advantage. These founders and funders, brand builders and do-gooders aren't waiting for a proper bump up the career ladder. Their goals are way bigger — and perfectly suited to the dynamic, entrepreneurial, and impatient digital world they grew up in.”

Bruno Mars took the top spot for the 30 stars of music under the age of 30, but alongside Bruno Mars stood both Avicii and Zedd from the EDM side of things.

Forbes said in regards to Avicii: “By the time the young Swede launched his first album, True, in September 2013, he was already a household name. His electronic crossover single “Wake Me Up” became a summer anthem, and he's been earning six figures per DJ gig.””

Forbes said in regards to Zedd: “Born in Russia and raised in Germany, the DJ/producer is one of the hottest names in the burgeoning electronic music scene. That's given him plenty of pop appeal, too: He's crafted tracks for listmates Justin Bieber and Lady Gaga.”

In this article:avicii, Forbes, Zedd