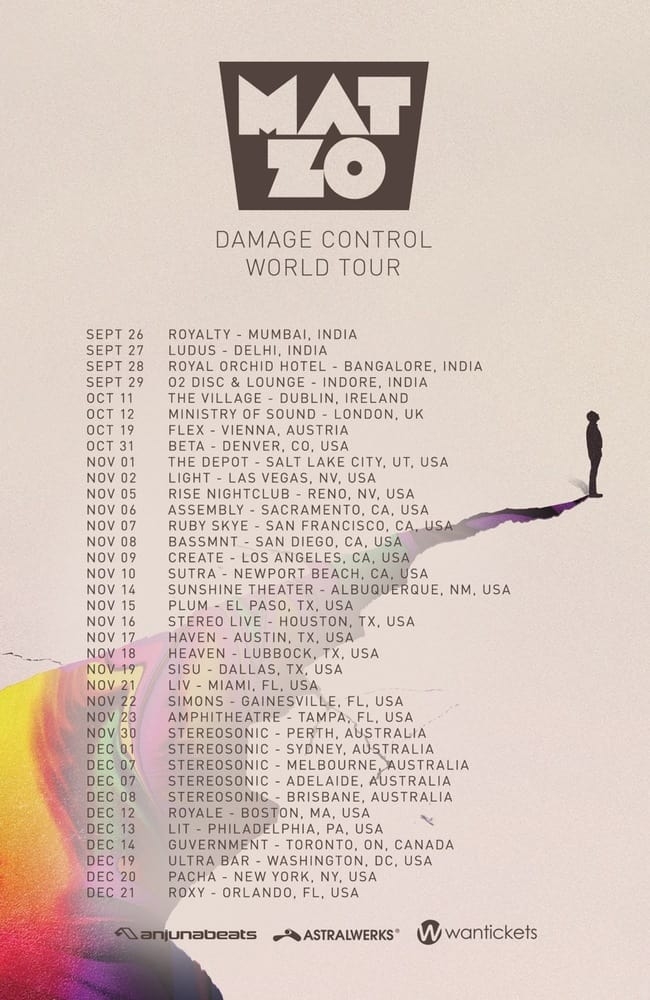 Mat Zo said “I wanted acts that could deliver variety but with their own unique styles,” said Mat on the chosen talents. “Each of the acts that will be joining me is known for individuality and doing things on their own terms rather than just following the status quo.”

The “Love Songs”, “Problems”, “The Next Chapter”, and “Colours” singles were massive teases leading up to the grand reveal of the newest album from...

Mat Zo makes his return to his Anjunabeats home with his latest release “Love Songs”. The track features a refreshing uplifting melody combined with...

Twitter can be a wild place, especially when it comes to dance music. Some good and some bad comes from the twittersphere with as...