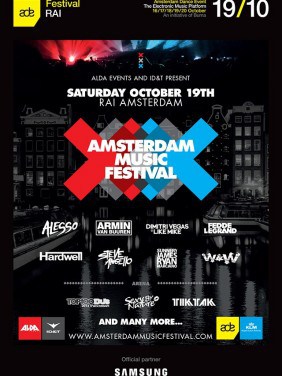 I am going to start off with the most important story of my weekend in Amsterdam, Hardwell is now the number one DJ in the world thanks to most likely, the American voters. Now I am just speculating and do not take this somewhat accusation to heart. I have made this statement according to my observations of the dance music community over the past year or so. Let me back track a bit though. Ultra Music Festival 2012, Hardwell makes a huge stir in the dance music community by performing arguably one of the best sets of the festival. Now who decides this? Maybe it is a few guys sitting in a board room somewhere deciding who will be the next great star, or maybe it is humble writers like myself who give their input upon the daily happenings in the dance music world. But ultimately it is you, the listeners and lovers of this music that decide who is the best performer, producer, or cake thrower. Even though we all know who wins the last category. I am getting a bit off track, but I felt the need to make that statement. Hardwell performs at Ultra 2012 which sends him into the superstar atmosphere because people see his techniques on stage as a new and hip way of performing. Sorry for saying hip. Now correct me if I am wrong, but his style of performing is playing hit songs till the very end then making a smooth and easy transfer at about 126-128 BPM. Now there is nothing wrong with that, yet I find it lazy. Do not get me wrong I love Hardwell, I enjoy every single song he produces. DJ Skribble and I were talking a few months back about the future of dance music, about how it is slowly becoming an industry focused on the mainstream, focused on how much money someone can make, and how many people they can please in the world at one time. DJ Skribble put it like this, watching some DJ's nowadays is like listening to a Rock and Roll band's album and absolutely loving it, then going to one of their concerts just to find out they actually suck. Studio music producers are becoming top selling performers, and the performers are becoming the performers that people look down upon because they are not the top selling producers. What DJ Skribble and I had decided that the best DJ's are no longer who has true DJ skills, but who can make the best selling records.
Now I bring up this conversation because Hardwell has many hit records, has a huge fan base, millions of dollars, and is now the number one DJ in the world; according to DJ Mag. But is he truly the “Best DJ.” At the beginning of this article I stated that it was the voters in America that allowed Hardwell to be number one, you'll understand why by reading the rest of this article.

Amsterdam is perhaps the most famous place for amateur DJ's to get their start. Many famous clubs, even more underground clubs, the possibilities are endless for an amateur DJ. The first night of my ADE festival I attended the well know artist Pete Tong, with special guest Skream. What a night to start out with, one of the most well known DJ's in the game, and possibly the creator of Dubstep; it's a toss up. No matter the facts, it was a great night at world famous club AIR. Non-stop dancing, even though myself and the rest of the crowd probably could not name a single song being played. We all stayed though, till the very end of the performance. The next night I attended a show featuring Fedde Le Grand at one of the top five clubs in the world, Escape. I had seen Fedde Le Grand before and was thoroughly impressed with his performance, I saw no reason why he would disappoint this time, and he did not. Started off his continuous house beats with flare and kept on plowing through the tracks until… He was interrupted by a tall lanky man who took over the DJ booth. We were all confused as to what had just happened until “Toulouse” came across the speakers. Nicky Romero had just surprised Fedde and the rest of the audience with a guest appearance on the turntables. Though he was only on for a short time he threw together a set that no one will ever forget even if they wanted too. Fedde came right back on as soon as Nicky Romero was finished, and ended the night with the crowd in an uproar surging for more.

The next day was the Amsterdam Music Festival where the number one DJ in the world would be announced, presented by DJ Mag. The festival took place inside at the RAI train station. “Praise You” was playing over the loud speakers at the entrance, which obviously got every one excited. Indeed it was a time to praise the event that was about to take place, as well as a time for celebration. I showed up as Dimitri Vegas & Like Mike were finishing their set. Then I waited around a few minutes for the announcement of DJ Mag's top five DJ's because they had already unveiled the previous 95. First they presented the Legend Award which I'm assuming the DJ with the most flourishing career up to this point. The award went to Tiesto, whom is well deserving of this honor. Finally they announced the top five DJ's in the world, even though the crowd and the world were only concerned with the top two. The lights dimmed and, at least in my mind, a drum roll began. When the announcer called out Hardwell's name as the number one DJ in the world, the crowd raised their hands in the air and began to clap. I was expecting champagne bottles to be busted open and people's faces to begin to melt, but I was sadly disappointed. Hardwell was now going to perform his first set as the number one DJ in the world, and half the people in the crowd began to leave. I found this odd seeing as this was going to be one of the most important performances of the year, next to Swedish House Mafia's final concert together. Hardwell began to play. Streamers fell from the ceiling and lights burst from the stage. The show was extraordinary, but the music was everything that I had heard before. Nothing spectacular came directly from Hardwell's song choices, but instead a reliance on flashy stage antics created a show that many people would deem borderline godlike.

When Hardwell was finished, the room began to swell back up with people. The flood gates opened and thousands of people rushed towards the front of the room just to get a bit closer to the previous number one DJ in the world, Armin Van Buuren. I decided to sit down in the bleachers located in the back of the room in order to soak up all the magic that I was about to experience. When Armin made his entrance onto the stage people began cheering, face melted and people cried. Now this was much different from the welcome the crowd gave to Hardwell, and made me ponder what was really happening in Amsterdam. Do people in Europe enjoy when music is complicated, when it allows people to think our feel what each song is trying to express, or maybe it's that drugs just work best with trance music? I'd like to think that it is the first reason, which is something that I feel American dance music lovers have gone astray from.

Armin put on a performance that was beyond anything anyone could have asked for. He controlled the crowd in a way that was unlike anything I had seen before. When Armin stepped on stage I can only assume that he was thinking, “I am the true number one DJ in the world and I will put on a performance that reminds everyone that I rule these turntables, no one else.” Armin Van Buuren has won best DJ in the world five out of the last seven times, and there's no way he was going to let his rein die out with just a murmur. No, if this was his last chance to win number one DJ then he was going to make sure that he went out with an army on his side. Though people in the dance music community believe that there is nothing but peace and happiness amongst them may soon be wrong. Armin's performance at Amsterdam Music Festival called to all dance music lovers, and asked them to join sides. Are they on his side, the side of testing the boundaries of music, or are they on the other side whom would rather enjoy simplicity and not question the status quo of popularity.

The rest of the night was exciting and in a quick summary this is what I thought about the rest of the performances.
Party Squad- Great
Yellow Claw- Excellent, watch out for these guys.
Steve Angello- I did not see his hands touch the turntable once. Only the sound effects.

If you read the entire article, which I sure as hell hope you did, then you will understand that I am not bashing on Hardwell, nor any other DJ with the same performance style. What I am criticizing though is mediocrity. Musician's are supposed the be the light that shines down the tunnel and opens up new worlds for music listeners. They are guides, visionaries even that expand the idea of what can be done. Each musician should attempt to be on the forefront of the next biggest sound, not regressing to the stipulation that there is an easy way out, an easy way to make a profit. Many people critique the dance Music Industry for being too simple, that those men and women who stand behind the turntables are no more than button pushers. There is a quote by Sir William Drummond that I am about to use, but changed around a little to fit my own personal needs. “Those who will not try, are bigots; those who cannot try, are fools; and those who dare not, are slaves.” If dance music artists, if the lovers of dance music continue to allow simplicity and mediocrity to rule the turntables, then those critics who we allow to call our artists button pushers, will win. I could have lied in this article and praised each and every DJ that performed this weekend like many people expect these days because we do not want anyone's feelings to be hurt, but then I would have been succumbing to the same idea that I have so thoroughly fought against. Mediocrity.