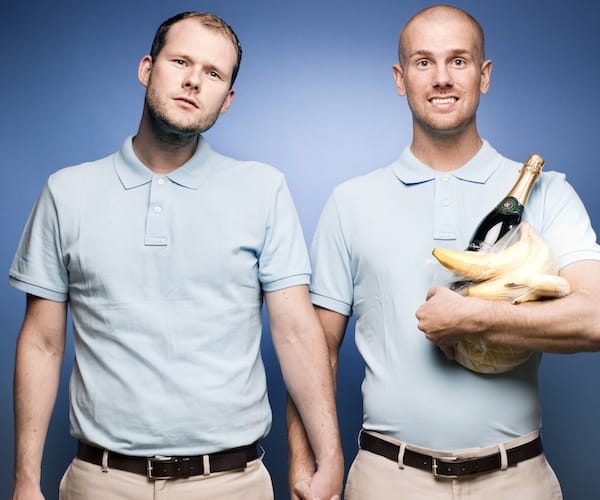 Attention all Midwest clubbers: Dada Life will be at the Aragon Ballroom in Chicago, IL, this Saturday (October 26th), and they especially want you to come to this show, for they are attempting to break a world record. Earlier today, the electro-house duo sent out a tweet asking those who “want to be a part of history” to email dadalandchicago@gmail.com in order to help them achieve this world record. They didn't make it clear what that world record was, exactly, but based on Dada Life's demeanor, one can expect it to be something fun, silly, and definitely memorable.

Want to be a part of history? Email dadalandchicago@gmail.com if you live around Chicago and want to help us break a World Record on 10/26

UPDATE: Dada Life has revealed on Twitter that the world record they are trying to break tonight is for the “largest pillow fight ever.” Earlier today, they tweeted the rules for the pillow fight that will be happening at their show at the Aragon Ballroom tonight.

Get ready for the largest pillow fight ever tonight, but don't forget THE RULES to help us all break the record >> pic.twitter.com/LJpuwGjf0e

Here's to hoping Dada Life and the crowd in Chicago break that record!

In this article:Aragon Ballroom, Dada Life