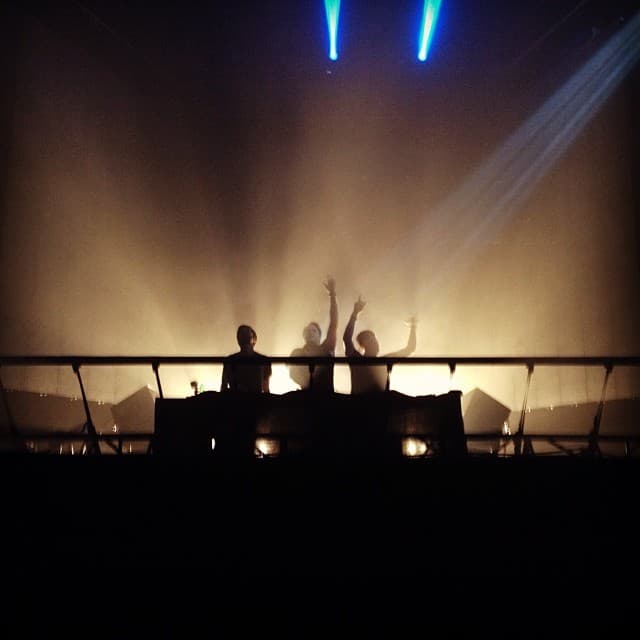 You ask why it means “Eric Prydz in Concert” if they all played? Well it’s simple, Eric Prydz is Cirez D and Pryda… yup. Blow your mind? You have no idea…

First of all, lets just talk about that. If you did not know, Eric Prydz, known for songs like “Call on Me,” “Allein,” and “Power Drive,” goes under the names of Cirez D and Pryda. Call it an alter ego if you will, I just call him a genius. Beating the status quo, this man can literally go under three different names for three different genres of music because he is such a boss.

“A lot of people bought tickets to both shows and I want people to get a unique experience each time they come to an EPIC show. For me personally, I want to do something different every time to keep things interesting.” – Eric Prydz

If you witnessed one night and not the other, you are doing it all wrong. Two completely different shows, different holograms, different lights. Both essentially the best shows I have ever attended. The coolest thing was, this show was a combination of not only the music being completely live, but so were the visuals. Meaning, Prydz wanted to recreate something that has never been done before. He wanted to distance himself from “pressing buttons” as a DJ. Despite a few technicalities, this show was EPIC to say the least.

The first night was very euphoric and calm. There was a story of life I’m assuming, with baby holograms and sperm (weird to hear, but it was amazing.) Cirez D started to come into play and straight techno was released. He even had a sick visual of black dice to enact his residency in Las Vegas.

The last hour consisted of Prydz, Fehrplay and Olander playing one of the best B2B sets I’ve ever heard. Olander might also be my new favorite DJ, he was awesome. Besides that, these three were so effortless on stage it was a privilege to witness this. Swedish House Mafia WHO? These three had so much energy and played so well together, they just looked like they were having a good time. “The three best friends.” This was truly something special that I will never forget.

The second night was a straight banger. Numerous EPIC moments throughout the show, including “Pjanoo” with a sunset to his Depeche Mode’s “Personal Jesus,” with the most beautiful hologram displaying religious imagery. When he dropped “Power Drive,” WOW; I get chills just thinking about it. Hit me with those laser beams, I still can't see right.

Everything from production value to the music was just out of this world. I would love to sit down with this man for an hour and just pick apart his brain, I still would not understand how he is the way he is and how he can put on a show like this. This show is hitting LA and Chicago and you will forever have regret if you live in those areas and miss this.