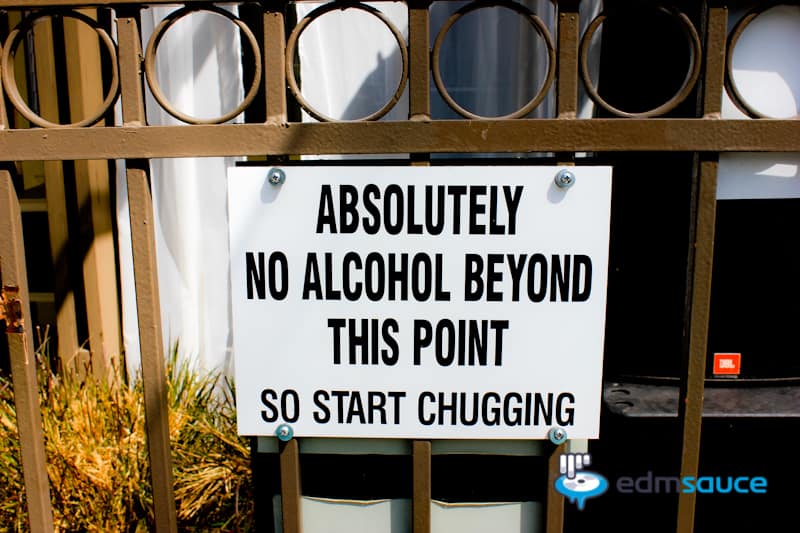 On August 11th, my buddy Tyler and I drove to Palm Springs, California in anticipation of the new festival/event “Splash House.” As it was Splash House's first year, we didn't really know what to expect, but knowing Palm Springs in August we knew it was going to be hot. Upon arrival, we drove straight into the Saguaro hotel which was brightly colored with kids everywhere. We made our way to the pool and was instantly blown away with the vibe of the Splash House festival. Everyone was easy going, enjoying the vibe of good music and having fun in the sun.

Unfortunately we had to miss the performances on Saturday, but we still were able to check out acts such as Anna Lunoe, Eats Everything, Miami Horror, Poolside, Posso and many others. We were familiar with some of the DJs, but not all of them as this event was definitely not for the mainstream festival go-er.

The festival was set up in a very unique way as it took over 3 different hotels in Palm Springs: The Saguaro, The Curve and Caliente Tropics hotel. There were normal shuttle buses as well as the Red Bull bus which was fully stocked with Red Bulls. Each hotel had different DJs performing and a bit different of a scene. For example The Saguaro was the main hotel as it had the biggest pool and most of the attendees.

Overall this was one of my favorite events from this past festival season as it was the perfect chill out vibe that any of your friends could enjoy whether they prefer EDM or not.

If you're into a nu-disco/disco/chillout vibe, what more could you ask for than Miami Horror, Bag Raiders, Plastic Plates and Kedd Cook.

For more pictures, head over to our Facebook album here.

Advertisement. Scroll to continue reading.
In this article:Splash House

Palm Springs Heats Up For First Splash House Festival of 2019

This past weekend, partygoers headed to the picturesque desert city of Palm Springs to partake in a magical sun drenched weekend filled with non...

This past weekend, thousands of party-goers took over the resort desert city of Palm Springs to partake in the last Splash House of the...

Headed to the desert this weekend for Splash House Palm Springs? Looking for that perfect playlist for your summer road trip? Look no further!...