The Weeknd - Love In The Sky
Advertisement

A lifetime in the making, the debut album from Aeron Aether is here, 'Landscapes & Dimensions' 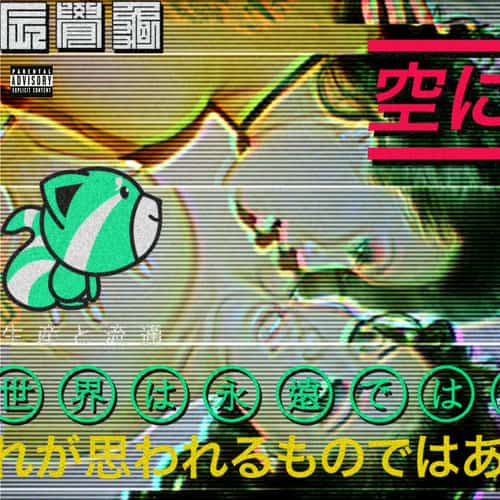 Roughly a week after releasing “Belong to the World”‘s music video, Canadian recording artist Abel Tesfaye, better known as the Weeknd, has released yet another track off his upcoming album — a song entitled “Love In The Sky”. Characterized by the Weeknd's signature falsetto paired with a slow tempo, “Love In The Sky” is a track that stays very true to the mysterious artist's style. The Weeknd's vocals on “Love In The Sky” remind me so much of Michael Jackon's on “Dirty Diana”, not to mention the strong guitar riffs in the background are also very similar.

I've been listening to The Weeknd for a while now, the guy's really getting a lot of hype. I've got “Trust Issues” on one of my sensual ambient playlists. I also have a dope mash-up of “The Zone” featuring him, Drake and SANGO which I listen to when I want to relax — after reading this make sure you check that out. It's kickass.

The Weeknd is part of an unconventional style of R&B movement termed to as PBR&B, a fusion of R&B, hiphop, EDM and rock. PBR&B's sound is often slow and lofty with the occasional use of synths and low drums. Other artists under this genre are Frank Ocean, Theophilus London and Jhene Aiko.

Watch out for The Weeknd's album “Kiss Land” dropping on September 10.

Listen to “Love In The Sky” here:

In this article:The Weeknd

Gesaffelstein set the world ablaze with his first single, and new album announcement. So it is only right that his second single would be...

There is something about The Weeknd that draws in French house music virtuosos. The vocalist's previous work with Daft Punk helped him ascend the...

Daft Punk and The Weeknd made serious waves when the artists announced a series of collaborations. The main record which the trio produced together...