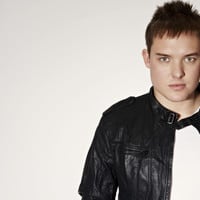 This morning Gareth Emery took to his social media pages to announce his concern with the DJ Mag Top 100 DJs poll. He read that one of the fellow DJs had paid $15,000 on Twitter and other advertisements to help that artist get more recognition than him. Here tyDi sides with Gareth Emery and addresses his concerns.

“Ladies & gentlemen – Please read this because it’s very important to me.

Today I read an incredible post by my friend Gareth Emery who wrote something on his FB page that really did pull on my heart strings. He brought up the unfortunate truth that for even himself to compete in this DJ Mag Top 100 Poll he has to pay a significant amount of money on advertising. If this is the case for Gareth, then can you imagine what it’s like for me??

I still can’t believe that to this day I’ve already had the pleasure of being ranked in the Top 100 DJ’s for 4 years. It was because of you guys, but that’s enough for me now.

Admittedly, even this year I had a banner on this very page asking you all to vote – I’ve decided to take it down and change my opinion on the whole thing. I’ve never liked the idea of being ranked by ‘votes’ that had to be begged for. The final results never end up representing how many fans an artist has, how many records they’ve sold or how many people go to their shows. It’s only ever about who rounds up the most votes via marketing or whatever other means they may have. Music shouldn’t be about that. I appreciate another artist saying it first; and now the chains are lifted off my own back.

YOU, the fans, the supporters and my friends don’t need to see me ranked in a poll anymore – I don’t need to be another number on a list. I can just look on my social media and know who my ACTUAL fans are. I know that it’s you guys who buy my music and attend my shows. So I think you can all formulate your own intelligent opinions, on which DJ’s you like the most and who’s music really moves you.

So, thank you so much to anyone who’s purchased my music, attended my shows or even replied to me on FB or Twitter; that’s all I need now and I’m extremely grateful.”