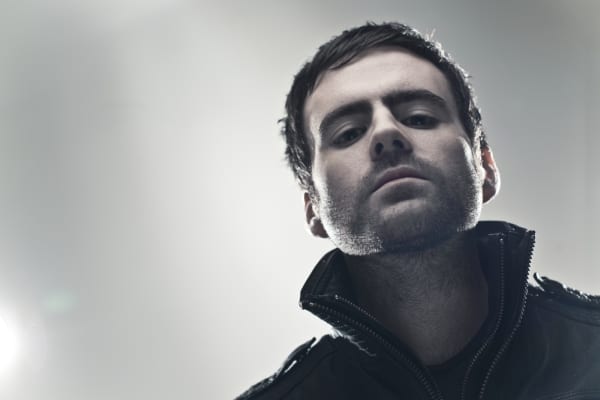 By not wanting you to vote for him.

Gareth Emery posted on his Facebook page over the weekend that he doesn't want his fans to vote for him on DJ Mag's “Top 100 DJs” poll.  You've probably seen other big DJs promoting themselves over the past week their social media pages (sources say that a certain DJ even spent $15,000 to promote themselves for this poll).  Gareth said, instead, to put your vote towards to another one of your favorite DJs and to support him simply by attending his shows or blasting your favorite track of his wherever you go.  He even hinted at putting that competing $15,000 towards something more important by donating it to a winning charity of a poll he's starting.

“Just took a bizarre unsolicited phone call from a publicity company who help DJs promote themselves for the Top 100 poll, who told me I should be aware one of my ‘competitors’ (as she put it) was spending $15,000 on Twitter advertising alone, and unless I got on that sort of level, I would find it ‘hard to compete’. Obviously not going to say who the DJ was, but I was nearly sick in my mouth.

So here’s an alternative Top 100 message: Don’t vote for me. Seriously, when you buy a ticket to see me in a club, I consider that a vote. When you blast my music in your car, or share it on Facebook, or tell your friends about it, that’s a vote too. Those votes, and the amazing support you’ve shown over the last year, is what matters to me.

If you did plan on voting for me, give that vote instead to the DJs you see spending their money on promoted tweets, sponsored stories, banner adverts, rebranded twitter pages, etc. If they care that much about their number, just let them have it.

In return for your non-votes, rather than spend an amount on a campaign that would probably buy a school in Africa, I am going to donate the same amount to charity, and maybe some good can come out of this.

Actually how about this… I’ll post a poll of my own tomorrow with some various charities that I like and you guys can vote to decide which ones I will donate to. Together we can do something good. A poll where I’ll be proud, rather than ashamed, to ask for your votes.