Excision Takes Us Behind The Scenes Of Destroid
Advertisement 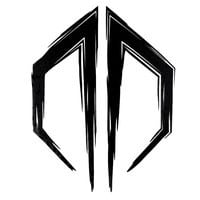 You've probably been hearing a lot about Destroid lately and there is a reason for that. The collaboration between Excision, drummer KJ Sawka, and Downlink is a LIVE “edm” experience unlike anything else. Excision has released the secrets behind the show that they put on in great detail. The beginning of the letter says, “Check this info about the DESTROID live experience! Read about the crazy technology behind our live instruments, costumes and visuals.” If you are a tech-nerd or just curious about how they do it then this is a must-read. You can see the video from their first live show HERE!

From the outset, the goal of Destroid’s live show was to have just that.. a live show. To create the real world of these characters, they each needed the ability to perform and react in real time. With that goal in mind, we began designing the interactive system. It’s a tech-nerd’s dream; an incredible synergy of performance & technology requiring borderline insane problem solving, not to mention inventing some new ways to throw control signals around a venue!
Custom MIDI Guitars with LED fretboards, a body full of pads & knobs, and string triggers were being fabricated by Starr Labs in San Diego. They make the most responsive, velocity sensitive, 6-string, 24-fret MIDI instruments we had seen. (Excision Midi Guitar pictured above). To make these guitars behave as we wanted our tech guy Matt wrote a Max/MSP external that allowed us to easily control Ableton Live. This included on-the-fly mapping changes, a multiple output port routing system, pathways for the appropriate LED feedback, and MIDI to Artnet conversion to send commands through to the lighting console (for CO2 blasts & helmet and arm-mounted lasers, and many more “weapons” we have yet to unveil).
Our two redundant Ableton playback systems take MIDI-In (via MIDI Solutions Thrus & Merges) from the Midi Guitars, KJ’s Roland V Drums, and from a pair of Roland FC300 footswitches that Jeff & Sean use to control effects, mapping changes etc. All drums parts & bass samples are played live, in Ableton samplers and drum racks. We had to actually split our 75 minute set in to two separate projects as Ableton could not handle having an entire sets worth of individual samplers/drum racks for each bass sample/drum hit.
The suits are nothing short of amazing. Although they are insanely heavy (something we are working to give us more flexibility and energy on stage) they have on-board power, under-suits that circulate cold water, helmet microphones, and in-ear monitors. All embedded RGB LEDs are individually addressable & controlled by the lighting team on their console via wireless DMX.
There are also a lot of moving pieces to the visual show. We’re sending song unique SMPTE time code from the Ableton rigs to control all lighting and video cues. Some of these cues are built into the structure of each song, others are triggered from the guitars and drums. A video rig running Modul8 sends the video output to a projector that makes post-apocalyptic cityscapes and spaceship control center backdrops come alive.
Together this creates a dynamic show that delivers a unique story to the audience. There’s room for tweaking and improvements in all departments, having only played one show together both as artists and as a 16 person crew. We’re extremely happy with how things went and are looking looking forward to the future as we experiment with this groundbreaking technology to continually develop the most insane experience possible with our fans. We have only scratched the surface, and are excited to see Destroid evolve.