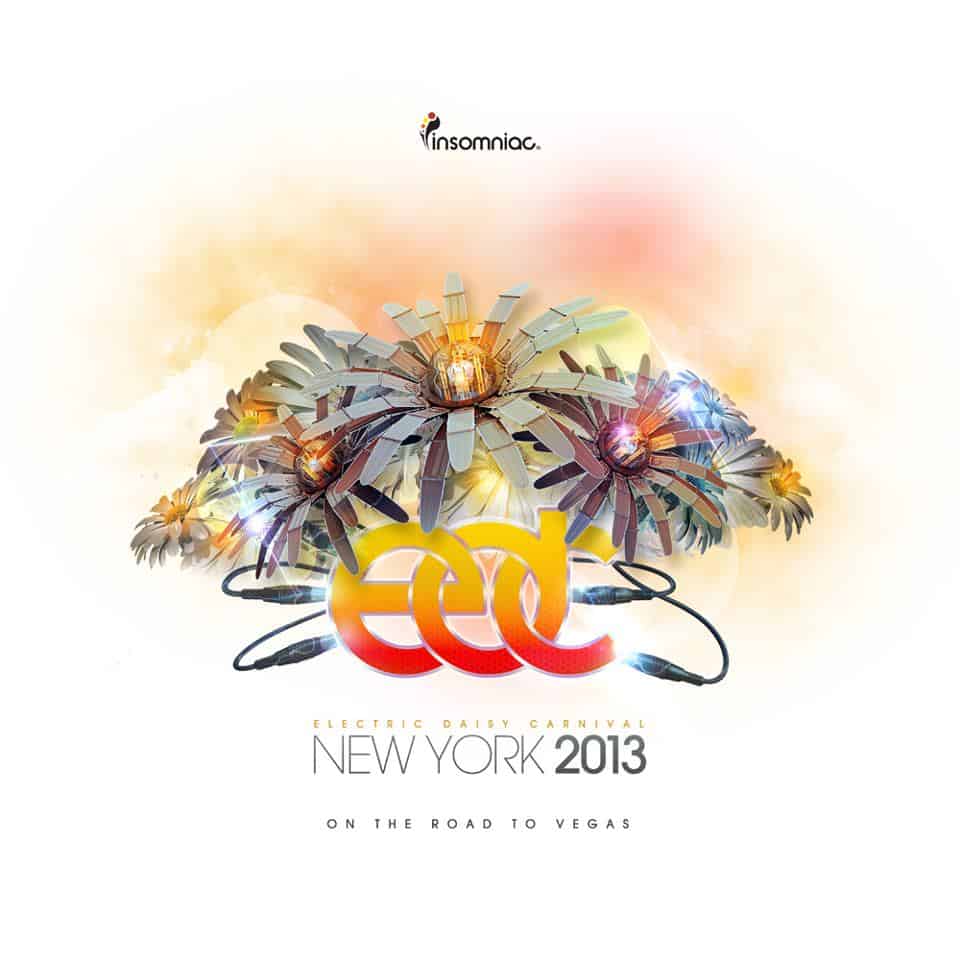 The train rolled slowly into the Mets-Willets Point station. In the distance stood Citi Field where the New York Mets play, and in the parking lot was the colorful Ferris Wheel of Electric Daisy Carnival. I stepped onto the festival grounds, suddenly overwhelmed by the sweet scent of love mixed with a lot of marijuana. I am sure if MDMA had a scent it would have blasted my nostrils as well. Carnival rides, food, drinks, water dispensaries, elaborate stages, and a lineup of raver heartthrobs with a handful of unknown DJ's all were coming together to make this EDC weekend a full fledged rave extravaganza.

I made sure to catch as many performances as possible, and first up was Tyler Sherritt. Though he was the first performer on day one, he did not disappoint. The EDC lineup planners were definitely thinking,”Hmmmm who should be the opener on the main stage to get the crowd absolutely hyped as they walk in? Oh how about Tyler Sherritt!” I am sure there was more deliberation than that, but I was not there so that is how it went in my mind. Tyler kept the energy exciting and fun without playing any popular radio songs. I think that takes guts for a still up and coming DJ. He also played a lot of his own tracks, and even ended with his own song which the crowd devoured. If every performance was going to require that much energy from the audience, then I do not know how they will survive.

My next stop on my EDC tour was Luminox at the Bass Pod. Luminox is a full on trap warrior with his 808's soaring above the crowd. He started with his famous remix of “Rattle” right into Carnage's remix of “Cannonball,” he was obviously prepared not to hold anything back. It seemed like sometimes his bass was too low for the speakers to handle, which I believe to be impressive. People began flocking towards Luminox as soon as they heard the RL Grime remix of “Mercy,” but Luminox threw in his own flavor to it. The heat from the sun, and the booty shaking beats from Luminox ignited the flames of the all out love fest brewing at this festival.

I split some time between Cedric Gervais and Milkman. Cedric Gervais was a definite crowd pleaser. He played popular songs like “I don't care,” “Who,” and his original song “Molly.” While listening to “Molly” I was hoping that people were not taking as much Molly as Cedric was hitting them with. The coolest part of his performance for me was when he had a metallic painted woman on the screens speaking the words to “Molly.” I walked up to Milkman's stage a little late in his set but from what I heard, I was rather impressed. He was able to fuse the hard Dubstep of “Raise your fist,” with the classic trap tune “Pon de Floor,” into a remix of “Stacy's Mom,” by fountains of Wayne, and finished it with “Calling,” by Alesso. This absolutely blew my mind, and set up the next act, Danny Avila, perfectly.

Danny Avila came on stage right after Milkman, and had the crowd dancing right from the start. Danny did not let a single song play for too long, he powered from one track to the next. A non-stop switching of songs that kept the audience guessing, and excited for what was going to be played next. He chose a few songs by Knife Party, a little Dada Life, a pinch of Krewella, a sprinkle of Skrillex, and a few of his own songs to complete this EDM sandwich. After his performance, I had the chance to sit down and talk with Danny. He claims that he played around 45 songs, which is impressive because like many of the other acts, he only had an hour to play. Danny Avila's transition skills are altogether perfect.

I went into the press room to give my ears a little break because I had a long night ahead of me. The next performance I watched was 12th Planet. I had seen him before, and I did not believe that he could become any better of a Dubstep DJ. I was wrong, he was now an amazing Dubstep, and Trap DJ! 12th Planet had some one on the Microphone for him which allowed him to focus even more on his DJ'ing. A few highlights of his set were a “Jah No Partial” trap remix, a “Scary Bolly Dub” remix, and his classic production “Burst (Swag).”

I split some more time between Sunnery James & Ryan Marciano, and Skism. James & Ryan stuck to classic house tunes with a lot of Latin flare mixed into their songs. They kept the drops easy in order to keep a fun consistent mood. Skism was a true Dubstep artist. He never strayed from the genre, keeping true to his Dub sound. His MC was absolutely hyped to be on stage. He was rapping every chance he got in order to connect with the audience on a more personal level. These two performances were perfect acts to lead into the night shows. They gave us a glimpse of what to expect from the final performances of the day.

I had heard that Zeds Dead was an amazing show, but this was the first opportunity that I had to see the Canadian duo live. I did not know what to expect since they are known for their classic Dubstep tunes, but they were playing on the main stage. I was backstage when they came out with swinging with a huge track. I did not think that people would be going as crazy as they did, but this was a day for surprises. Canada took over the United States for one hour, and nobody cared. My favorite part of their set was when they played “Sooo Freakin” into a hard Dub track that I had never heard before. Then they followed up with their own version of Trap music. They kept the energy extremely high the entire time, just like the audience. Every move, every transfer, every decision was flawless. I found it funny how they wore sunglasses even though they were playing at night. They were definitely the best show of the day.

My final stop on day one of EDC New York was Borgore. This was the show that I was desperately looking forward to. After hearing his performance at Ultra on the radio, I had very high hopes. He kept slamming the audience with hard Trap and Dubstep tracks like “Swoop,” “Alive (Pegboard Nerds remix),” “Poltergeist,” and “Cannonball (Carnage remix)” just to name a few. He had dancers from the lollipop guild on stage with him, and by that I mean he had cute women in tight Clothes dancing around with lollipops. So do not picture little people running around on stage singing songs from the Wizard of Oz. These dancers were an extreme contradiction to the music that Borgore was playing, but a beautiful contradiction nonetheless. Of course Borgore played his most famous tracks “Decisions,” and “Molly (remix)” which rocked the audience to the late hours of the night.

After a long day first day at Electric Daisy Carnival New York, I sat on the train taking me to Penn Station with a hopeful glimmer in my eye, excited for what will lay ahead on day two.