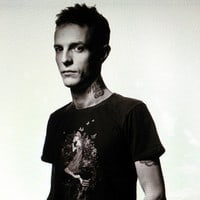 Deadmau5 has weighed in again on someone else's business through Twitter. Avicii had responded to the controversial GQ interview but who else than Deadmau5 didn't let it go that easily. Here Deadmau5 weighs in by saying “who the fuck does an interview for GQ anyway?” At least it seems that Avicii knows he is just trolling.

In this article:avicii, Deadmau5, GQ