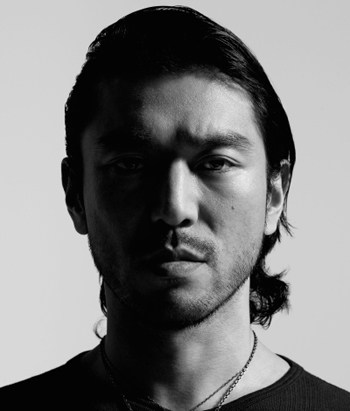 Since people did not enjoy my minor critique last week, I have decided to appease the masses and write an article about a Dubstep producer that I thoroughly enjoy, Ajapai.  I first heard his song “Battle” while riding in my friends car, blasting the bass, as we drove down Montauk Highway this past summer.  “Battle” immediately blew not only my ear drums, but my mind as well.  Obviously  I looked him up as soon as I got home, and found out that “Battle” was just one of many hard hitting Dubstep songs by Ajapai.

Ajapai is a strict Dubstep producer who has performed with many artists, the most influential one most likely being Excision.  This can be heard from the similar use of jaw dropping bass, and constant beat breaking.  Ajapai is from the great Japanese city of Tokyo, which fits perfectly with his music because all of it sounds like a possible theme song to giant monster fights.  No I am not talking about Pokemon, I am talking about the big bad ass Godzilla who destroys everything in his path.  Which seems correct because that is exactly what Ajapai's music does.

A few tracks that I highly suggest to give a listen to are “Battle,” “What do you Hear,” and “Bounce.”  Each of these songs come in easy with scary overtones that give you some warning of what is about to come.  But once that bass drops, you have to cover your ears and hold onto something tight because you will be blown away.  Too bad you cannot do both…

Though Ajapai is not a new producer, I believe that he is underrated and deserves more recognition for his work.  Who knows, maybe one day Excision will want to open for him.

Ajapai receives a 9 out of 10 from me.  Watch out ear drums, here comes the Bass Godzilla!

Check out his Beatport below!