Avicii Is Planning a New Project Including a Hotel
Advertisement 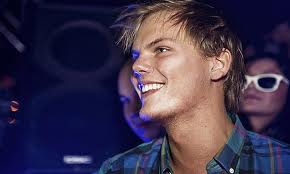 It may not be an actual hotel that Avicii is planning to open, but he is working on a new project called “The Avicii Hotel” which will be ready for Miami Music Week 2013. His manager revealed the following details on Dancing Astronaut.

“I guess the cat’s out of the bag now. Miami 2013 let’s do this bigger and better! Site launch and rooms announced soon. Keep a look out.”