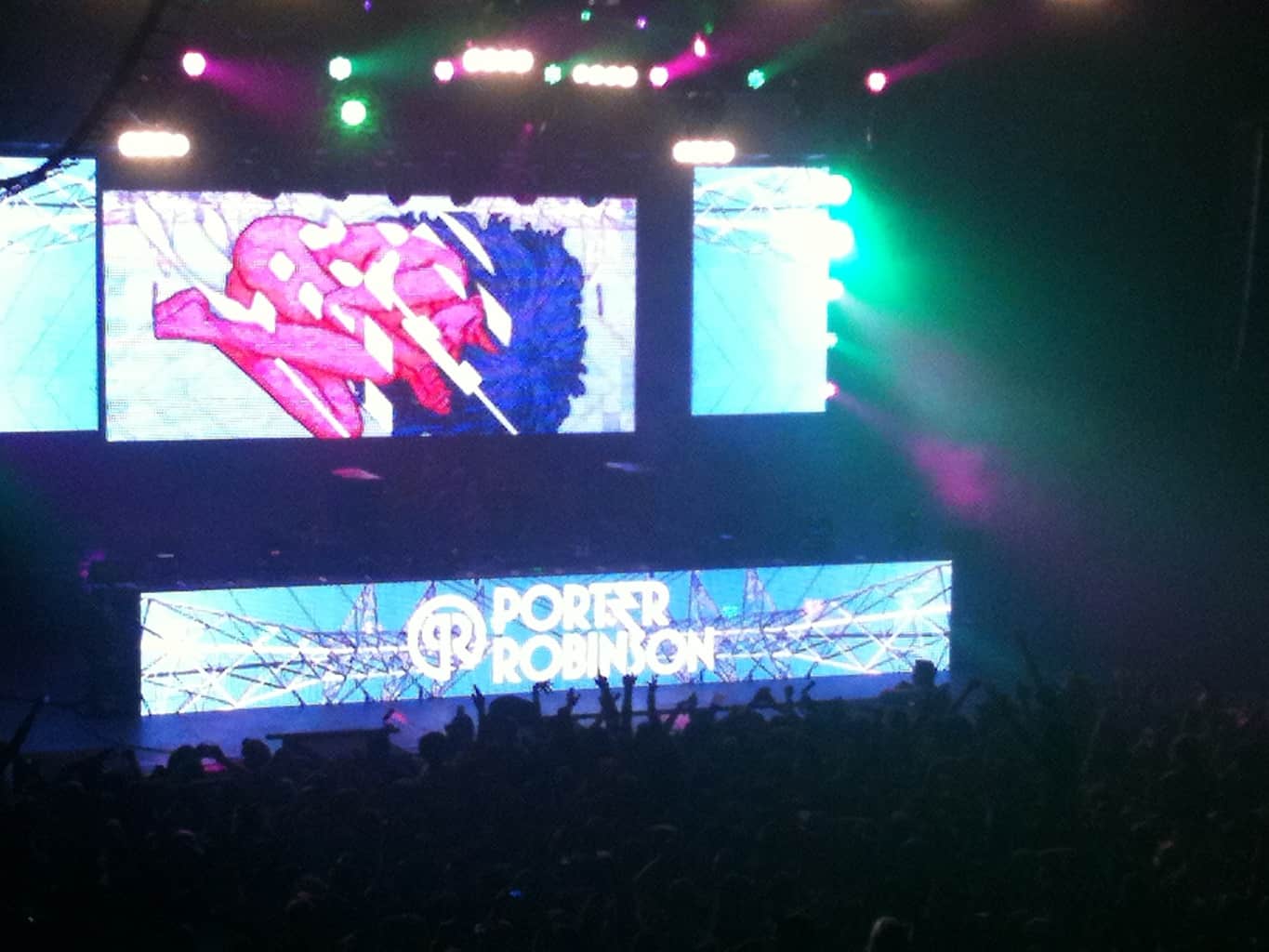 What better way to ring in the New Year than with two of the hottest EDM artists? On December 30, Hardwell and Porter Robinson got the party started on New Year's Eve's Eve at Congress Theater with some of the biggest tracks that defined 2012.

I was so pumped for Hardwell, as I had waited for him to return to Chicago for nearly 6 months after seeing him for the first time at Spring Awakening. Hardwell opened up with one of his biggest tracks Spaceman, which quickly LED to Bingo Player's Rattle and Pendulum's The Island. As the crowd cheered on loudly, Hardwell fed the Dance floor with Swedish House Mafia's Don't You Worry Child. As Hardwell played Ansol & Dryo's Top of the World and Steve Aoki‘s remix of Kid Cudi's Pursuit of Happiness, the crowd kept their hands up in the air. EDM classics like Dada Life‘s Kick Out the Epic Motherfucker and Chuckie's Who is Ready to Jump continued to energize the dance floor. By the time Hardwell closed his set with Tiesto‘s Maximal Crazy, the crowd was still eager for the party to go on.

As everyone excitedly waited for Porter's set, Language began to play and the stage lights flashed to signal his entrance to the stage. Porter, who returned to Chicago after Lollapalooza, started off with his own tracks – Unison, Seconds and Vandalism – incorporating bits of Saturn off of Kill the Noise's new Black Magic EP and a crowd favorite, Epic by Sandro Silva and Quintino. He gave a nod to his buddy Zedd with Slam the Door and pumped up the party with Wolfgang Gartner's Undertaker and Flexx. Dada Life's remix of Llove by Kaskade and Porter's own 100% in the Bitch led up to some trap, with RL Grime's remix of Satisfaction and Mercy completely shredding up the dance floor. At one point, Hardwell joined Porter on stage and it was warming to see the fellow DJs shouting out words of support to one another. Porter played more of his originals including his collaboration with Mat Zo, Easy. He showed some love for Deadmau5 with The Veldt and Strobe, and finally ended the night with his massive hit, Language.

Hardwell and Porter brought on banger after banger, and the vocal tracks in their sets unified the crowd as everyone sang along in unison. Both DJs kept their sets unpredictable and exciting, leaving the crowd hanging for a familiar drop, only to surprise them with another hit track. And Porter's interesting backscreen images of crystal balls and planets kept the stage visually captivating. All in all, the two young EDM stars brought tons of energy throughout the venue and ensured a positive start into the New Year.

In this article:hardwell, porter robinson