A lifetime in the making, the debut album from Aeron Aether is here, 'Landscapes & Dimensions' 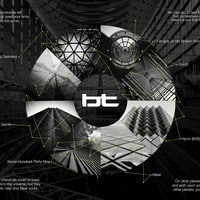 BT has just released his new 14 minute music video of the song Angels on my Broken Windowsill. The song and video begins very slow with an ambient sound and ambient visuals, but then as the song builds so do the visuals. The Northern Lights in the video seem to comply with BT's beats. The dubstep part is also matched by the visuals. This Music Video is a Visual Masterpiece and was created in collaboration with astro-lapse photographer, Randy Halverson. BT chose Randy to work on this video with him because Randy has unique technique that BT was drawn to.