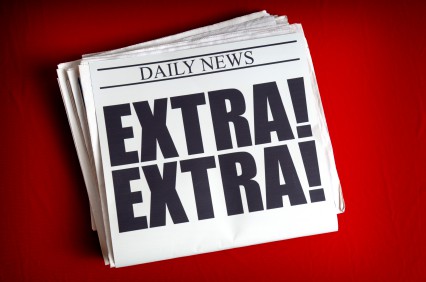 I'm not sure how many of our readers are fans of mashups, but many of our favorite producers (3LAU, Kap Slap, The White Panda, Girl Talk) are mashup producers.
Mashups, for the uneducated, are a combination of multiple tracks that are blended in order to create a new, completely different sound/vibe. In some cases, however, mashup artists 1)don't admit that the track is comprised of songs they didn't make and 2) give away free versions of this track in order to boost their own popularity.
By law, the mashup artists are not supposed to profit from the track since it fundamentally is the work of another artist. They do, however, give away these tracks for ‘likes' on soundcloud.

There's been a controversy boiling on twitter between Hardwell and Swedish House Mafia, due to Hardwell giving out free tracks on his facebook for likes. The problem is that many of these tracks were ‘bootlegs' – barely modified tracks from the originals done by SHM. Axwell got antagonist pretty quickly:

and Ingrosso, Eric Prydz, and even Kaskade were quick to weigh in. Kaskade says:

Just seeing this conversation between @HARDWELL @SebIngrosso @ericprydz @Axwell about giving away mash ups and boots. interesting stuff. I have a lot of respect for all these guys and play the crap out of their records…so here is my take on it…typically when I make a mash up I use one of my songs vocals and lay it over another song. Sounding more like a new mix than a mash up. it is the essence of dj’ing (in my mind) taking 2 things, putting them together to make a NEW thing. example: stars troll. this tune works, it just does. if it had not come out commercially you would not have been able to hear it except to go see my show. and if that is the only place you could have heard this, that would have been a shame. Sooooooo. After many of my mash ups have been rinsed out by me in my shows and the track that the vocal is laid on top has done it’s thing, then I feel fine to post it and give it out for free. BUT I never ask for “likes” or any of this business I just want this “new thing” …. to be heard by people other than the handful that checked it out live. other dj’s want to play it. And it can’t be made or purchased so…I put it up on sound cloud and let people have it. I don’t feel that this disrespects the original of either song as typically they are old. this gives these songs new life – a new mix – a new coat of paint if you will…when I post one of my mash ups soundcloud spanks me and takes it down quickly usually at the request of the artist that I am mashing stuff up with. which is cool, you don’t want it up. I take it down. all good by me. your loss. cause if I had the nuts to put it up, it must slap. – Kaskade

Kap Slap, a well known mashup artist, has had his Spotify and Soundcloud disabled as a result. He's specifically a mashup artist. Ironically, 3LAU who also is specifically a mashup artist, is still left standing. I am curious to see if this is going to be a ‘whoever has connections making mashups is gonna be all good' vs. all mashup artists getting shut down. As you guys know, one of the things that made Madeon famous was his mashup video on Youtube. And 3LAU's version of Petty Language (a mashup of Porter Robinson's Language and Call me Maybe) is in my opinion better than either original. But no one would claim that Madeon is ripping off the works of others. Where is the line – 50% not your work? 25%? if it's nearly unrecognizable as the original track? Or, if it's just legitimately better than the original track? And furthermore, who would make that decision?
Alot of original producers don't mind (at all) being remixed, being mashed up, or even being bootlegged. It helps them get their name or their vocals out into the abyss. It builds their brand too. Where I'd draw the line, to be frank, is mashup artists who don't correctly attribute the tracks, or who ‘barely' remix or mashup anything. I'm against bootlegs. But I'm just one person, so…what do you guys think?