Where My Girls At? The Fierce Females of EDM
Advertisement 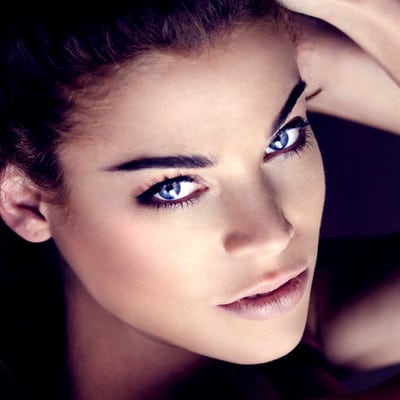 Not too terribly long ago it seemed like the only woman getting press in EDM was Samantha Ronson. Which was kinda depressing. Lately I've been stoked to see that not only are more chicks breaking into the scene and absolutely killing it, but women collectively are FINALLY getting the acclaim they deserve. Below are some of the top femmes in EDM right now, and you should DEFINITELY give them a listen.

1.Nadia Ali. One of the heavy hitters of electro, Nadia Ali shot to fame back when her group iiO produced Rapture (god I loved that song!) hit #2 in the UK. More recently, she received a Grammy nomination for her work with Morgan Page for Fantasy, but our readers probably recognize her as the voice of Pressure, which was one of the best tracks of 2011 and received the International Dance Music Award. I don't want to say too much more, because I'm going to work on a feature of Nadia. Facebook, Twitter.

2. Nervo. This modern duo from down under is magic behind the turntables and their production skills are outstanding. Miriam and Olivia Nervo (Mim and Liv), like Krewella, are sisters. Best known track is We're All No One, but since that breakthrough tune they've put out other outstanding productions and remixes. Their big break-through as songwriters came when they co-wrote “When Love Takes Over” with David Guetta, which charted at #1 in 11 countries and won a Grammy. Facebook, Twitter.

3. Krewella. Okay, so there is a guy in this group but I think he's just for show…j/k. I love, love, love everything Krewella – girls: Jahan Yousaf & Yasmine Yousaf – have ever done. They just released their EP, which was kinda bizarre to me because I've been dancing in the shower and getting speeding tickets to their tracks for about a year now. Whether it's Strobelights, Killin It, Hard, or One Minute – every sound on their EP is delicious. Facebook, Twitter.

4. Tania Zygar. Did not fall into music, as some of the others have, but rather began musical training at an early age in Canada. Tania is the vocalist of “Vanilla” with TyDi. Tania more commonly works with the progressive and trance folks, but her voice is versatile and gorgeous. In fact, I'm posting the Original Mix of Vanilla, so our readers can hear her voice ‘unmasked' – trust me, it's incredible.Facebook, Twitter.

5. Nicole Moudaber. Nicole is another winner of the prestigious IDMA awards for her track Chemistry. Remixing live is her specialty, with an intense, almost tribal sound to her tracks. She's a regular in Ibiza and Pacha, and if we could pry her away from the best clubs in the world, we might get to see her in this backwater town I'm living in (Washington DC). Her new EP, The Journey Begins, is out on 8/20/2012. Facebook, Twitter.

6. DJ NC. One of the common threads of all women in EDM is that they are wildly good-looking, and NC (aka Nicole Chen) is a former model turned dj. NC is the epitome of the celebrity-turned-DJ, and I would compare her to Paris Hilton except NC's tracks are fantastic and actually worth listening to. Facebook, Twitter.

7. DJ Bambi. Less famous than the others, for sure, but this up and comer is someone to keep a watch on. DJ Bambi (real name, Eva Shaw) is a Dutch/Canadian mix who spends most of her time spinning in NYC and Vegas. With shows this year so far with Tommy Trash, Guetta, Porter, Hardwell, and Dash Berlin, this girl is on fire and on her way to the top. Bummer here guys – she has no soundcloud, no personal details on facebook page, and no link to her official site from facebook. Facebook, Twitter.