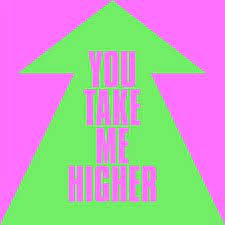 Introduce your ears to the next club anthem with the latest release from rising DJ and producer, Dale Move – “You Take Me Higher”! This tech house banger is sure to get the party started with its chunky tech bass, looping vocals and drop stabs that will have you dancing all night long.

As a graduate of Toolroom Academy, Dale is making a name for himself in the industry with his unique sound, and as an emerging LGBTQ+ house music producer. He's pushing boundaries and bringing a fresh perspective to the scene. Dale's track has already caught the attention of industry tastemakers and has been featured on Beatport, Traxsource and Apple Music.

He's also known for his strong presence on TikTok, amassing over 6 million views and 41,000 followers. With a goal to make people dance, he stated “I wanted to create a catchy and simplistic track with a rhythmic and rumbly low end. Something that would sound big on the dancefloor.”

Don't miss out on this fresh and exciting new release from Dale Move.