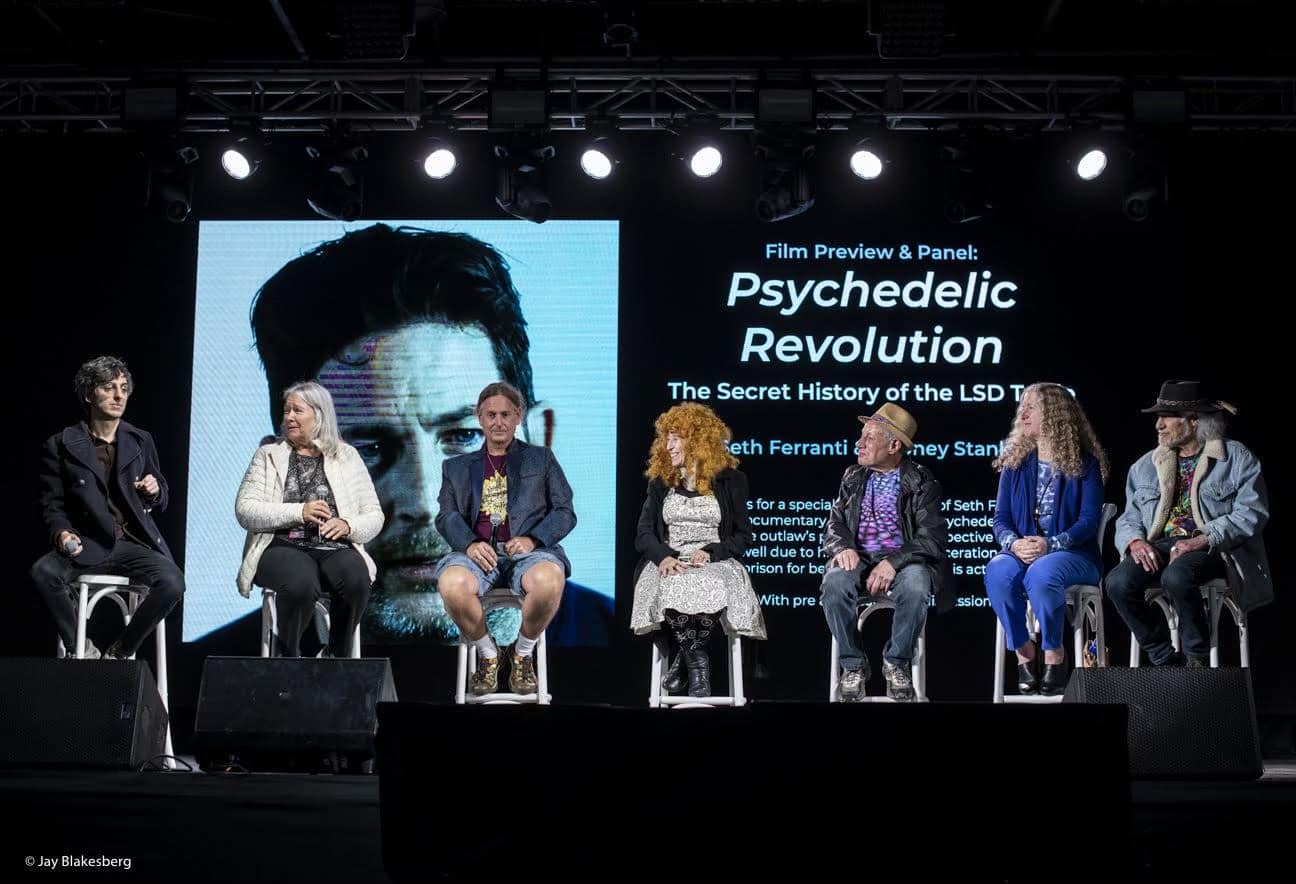 After a two year hiatus due to the pandemic, Bicycle Day SF swept through the Bay Area bigger and better than ever! For nearly a decade, Bicycle Day SF has taken over the San Francisco/Bay Area with incredible music and art celebrating Swiss chemist Albert Hoffman and his discovery of the magical substance – LSD. Contrary to popular belief, Bicycle Day is not about cycling around town but rather celebrates Albert Hoffman's diary entries after he ingested a large quantity of LSD and recorded his experience. While, Bicycle Day is celebrated across the world, Bicycle Day SF (in partnership with the Midway and Legion of Bloom) is one of the largest celebrations in the U.S. and takes place on April 19th.

Bicycle Day returned to San Francisco's Midway and for the first time was a full day event with daytime offerings of panel discussions and an art exhibit, along with an evening of live painting and sick musical line up with Emancipator headlining. As you enter the Midway, guests were treated to beautiful mind-bending paintings and prints of surreal artwork spread across the indoor/outdoor event space.  Prints and paintings were created by many talented artists including well known artist, Mark McCloud known for his comprehensive collection of decorated LSD blotter paper.

Chemist and director, Hamilton Morris (of Hamilton's Pharmacopeia) kicked off the afternoon with a keynote where he broke down the history and chemistry behind LSD in the Midway's largest room called “Ride.” Shortly after the keynote, guests had the option to join in on a number of different panel discussions ranging from topics such as growing natural herbs to heal ones self, the current state of psychedelics and mental health benefits, to decriminalization and legalization of psychedelic drugs. These panel discussions included speakers like elders, Mountain Girl of the Merry Pranksters and Rhoney Stanley along with Timothy Tyler,  Ryan Beauregard (MAPS) and more. There were so many panel discussions to choose from and so much to learn!  Along with the breakout rooms, attendees were treated to an exclusive film screening preview of Seth Ferranti's film, “Psychedelic Revolution: The Secret History of the LSD Trade” which was nothing short of entertaining and mind blowing.

After a short break from the panel discussions, at 6pm the night festivities were underway! The art gallery in the main hallway transformed into a multicolored art wonderland where the paintings and prints looked as if it was moving and transforming in front of your eyes. The main room was filled with live paintings and the musical performances were underway! Attendees could be seen dancing the night away with Living In Light, Haana, Axel Thesleff, Desert Dwellers, and headliner Emancipator throwing it down!

Bicycle Day SF managed to create a large but very intimate gathering of like minded individuals where good energy vibrated throughout the event. EDMSauce cannot wait to attend next year's Bicycle Day and learn even more about the psychedelic renaissance we are currently in!

Bicycle Day SF makes their grand return to San Francisco following a two year hiatus due the COVID-19 pandemic at the Midway on Tuesday,...

Desert Dwellers is the convergence of music producers Amani Friend and Treavor Moontribe, who honed their individual crafts in the mystical deserts of California...