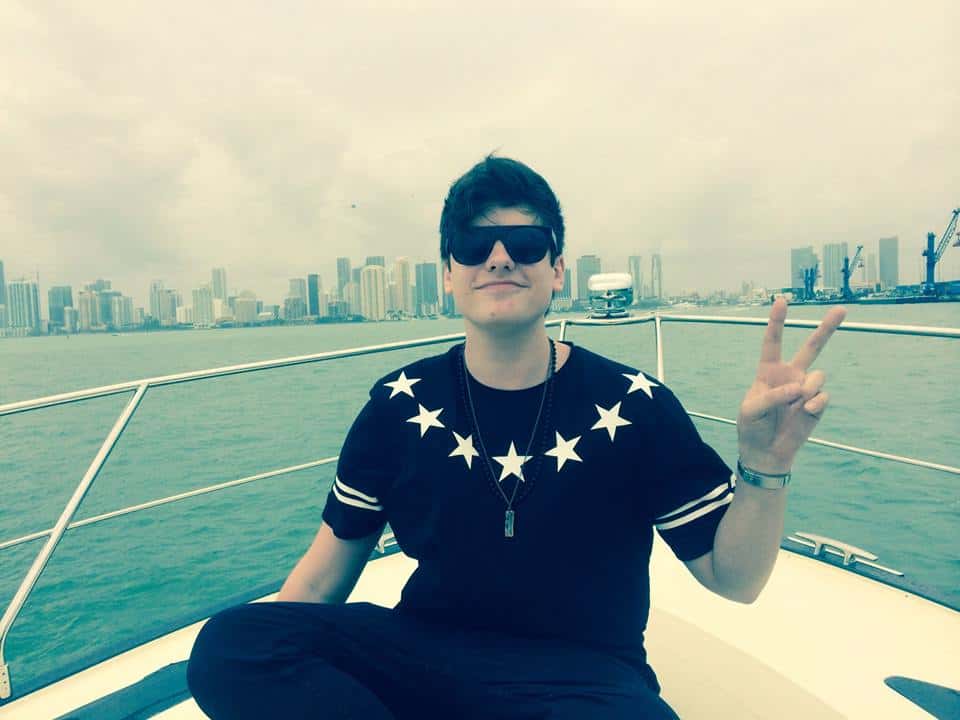 Let's get one thing straight off the rip… If you're buying into any of these “blogs” saying Audien is “past his prime”, get with life, its simply not true. In production and live DJing this guy is still well ahead of the game. In the opinion of anyone that has seen him live recently, he brings it harder than most top-class DJs out there.

Anyways, sometimes you want to sleep in and sometimes you wake up with a fiery ball of yes in your stomach. This morning I woke up with a fiery ball of yes in my Stomach. It’s Friday, its still summer (don’t try to convince me otherwise) and Audien dropped new music. Nate has been blessing up with insane melodies for some years now and not a damn thing has changed. Since dropping Cold Water with 3lau earlier this year and ripping the EDC LV stage with the Vegas Native, Audien has been teasing highly anticipated new music. Throwing out an insane map for his “Euphoria” tour, we have all been waiting on more of the top-quality music that the Pride of EDM in Connecticut has been teasing.

I woke up this lovely Friday morning like I would on any other Friday. I brushed my teeth, pet my dog, ate a Snickers and threw on some new music while I procrastinated leaving for work. What happened next was Euphoria.

Audien dropped three new tracks under the title “Some Ideas”. What gets me so yoked up is these three tracks/snippets whatever they are, are all different in their own regards.

Let’s start with #1, “Message”. Message is a beautiful progressive track with top-tier vocals, which we have grown accustomed to from Audien. But it has shades of differentiation. The melodic undertone of the track is sensational. It’s a quick sense of feels as the track comes in at just over two minutes. However, the lyrics “the message in my heart” turn quickly to a shifty progressive drop which I feel we have heard in sets past. It seems simple but it is just really a beautiful track.

Then comes “Rampart”. The opening hits us with some soft piano and we all think Nate is bringing us some more sought after Progressive. Then, BAM, like a fastball to the face, we are hit with a Big-Room feel. The build progresses and all of the sudden, BAM like squidward whirling his tentacles around at maximum speed knocking you in the face, the drop is received with heavy bass. Outlandish, insane while at the same time, a breath of fresh air. He mixed it up “swimmingly”. Bringing a sound that we hear so often in his live sets. It was pretty rad to see the change of pace and Audien continuing to prove to us he will not be tied to one specific genre.

Finally, we reach #3 “Resolve”. Another progressive masterpiece “idea” from the Don. Coming in again at just over 2-minutes in length, this is one stands above the rest. Everything about this track is pure. It actually has a bit of a Porter Robinson feel, with chimes in the background and a consistent change of pace. This is probably my favorite beat on the three-track idea list. It is constantly changing and slows down the pace a bit. Audien couldn’t have wrapped this up with a more perfect “track”. When the drop hits out of such a melodic bridge, it picks up tone but maintains the melody at a higher tone.

Audien struck gold with this drop. After thinking about it, these do appear to be 3 tracks that live as “ideas”. Potentially to be dropped in full at a later date? I don’t know but this is pretty damn solid. It brought us 3 completely different sounds, two of which were so unexpected I had to make sure Spotify didn’t switch up artists. Phones are smarter than us, it could have happened.

Overall, phenomenal stuff from Nate here. Something tells me we can expect far more coming soon. Peep “Some Ideas” below and get ready to shwiiing.

Follow Audien on Socials for more teasers, releases and good vibes. Also, cop tickets to a show near you on his fall Tour “Euphoria”.

There were tracks that came before it, but it was ‘Rush’ that truly broke the man out of Rotterdam and in 2008, sent Sied...

ATTLAS Debuts Gorgeous Third Studio LP ‘Carry It With You’

Hailing from Toronto, Canada, ATTLAS creates timeless music. His debut album Lavender God and its subsequent follow up Out Here With You rose to critical acclaim, receiving high praise from C-Heads...