Middlelands is Insomniac's latest creative venture taking place this weekend in Todd Mission, TX. The festival is held at a giant renaissance fair, and themed in the middle ages. Between the lords and ladies and mountains of bass and beats, we got an unusual report from one of our writers who is in attendance.

A man apparently climbed up a tree during GRiZ's set to get a better view. Of course we all remember when something similar happened this year at Ultra. Well unlike the gentleman at Ultra, this young lad got incredibly stuck at a precarious altitude. He seemingly passed out for a little bit, then woke back up and realized he was stuck. That is when the knights and authorities got involved.

They needed a horseless siege machine to help the lad out from his pickle. I meant forklift. I have no idea what better way to say forklift in old English. But yeah, anyway…they needed to pause Griz's set (yes he remained in a tree through the entire GRiZ set) and rescue this guy out of a tree. We are working on getting some exclusive video footage of the incident right now. Twitter has reacted a bit to the incident. Besides this little hiccup we have pretty much only heard good things from Middlelands so far. Stay tuned for a full report of the festival once the weekend wraps up.

Props to @mynameisGRiZ for sacrificing set time to get dude out of the tree..he was up there for hours #Middlelands

They just paused the @mynameisGRiZ set to get a kid out of a tree. @Middlelands truly is a weird and wonderful place.

Shoutout to the dude that got stuck in a tree at @mynameisGRiZ middlelands set 😂😂and they had to stop the set pic.twitter.com/dxk3stKUFB 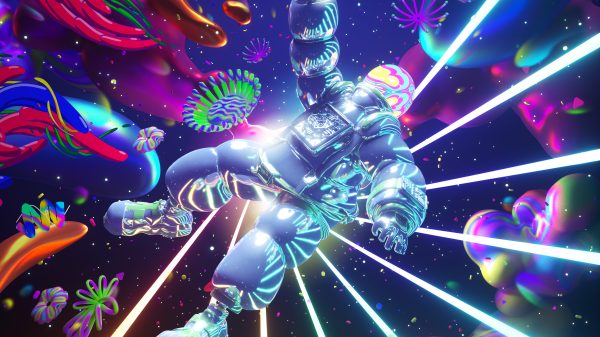