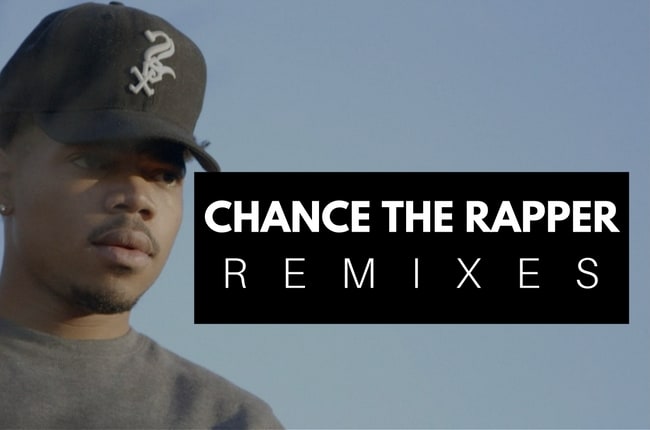 Chances are by now that you've heard of Chance The Rapper – even if you only know him from this year's Grammy Awards ceremony.

Chance The Rapper was born in 1993 in Chicago, Illinois. Following a 10-day suspension for possessing marijuana on his high school campus, Chance The Rapper decided to write his first full-length project titled 10 Day.

Apart from his solo career, Chance The Rapper is a member of the Chicago collective Ave Money alongside Vic Mensa and has worked as the lead vocalist for the band The Social Experiment.

Ever since his high school suspension, Chance The Rapper was featured on Childish Gambino's sixth mixtape and has been a Grammy Award winning rapper for Best New Artist, Best Rap Album and Best Rap Performance.

“I claim this victory in the name of the lord. I thank God for my mother and my father who have supported me since I was young,” Chance said. “And for all of Chicago.”

Also Read: How to Choose the Perfect Rap Name

Here's a list of the best Chance The Rapper Remixes

Chance The Rapper – All Night (KAYTRANADA Extended Joint)
Off of Chance The Rapper's hit album ‘Coloring Book' comes the highly acclaimed track “All Night.” The song started off with Chance The Rapper's vocals alongside a dance-kind-of-vibe. When KAYTRANADA decided to take a swing at things, KAYTRANADA felt that the vibe needed even more bounce after all. The short 2 minute song was extended to 3 minutes and 9 seconds and given an entire new flow to Chance's track.


Chance The Rapper, Donnie Trumpet & The Social Experiment – Sunday Candy (GARREN Remix)
Donnie Trumpet and The Social Experiment's hit song “Sunday Candy” was given quite the smooth remix by the likes of GARREN. The original hit song was very vocal focused, but here GARREN decided to remix the track by giving it subtle trap elements and and easier listening experience.

Snakehips ft Tinashe & Chance The Rapper – All My Friends (99 Souls Remix)
When Chance The Rapper decided to pair up with Tinashe and Snakehips on this track, we knew it'd be a hit. Its uplifting vibe and chorus has it singing it over and over. 99 Souls decided to take a swing at this remix by giving it a more dance type of vibe with some tropical house elements.


Hundred Waters ft. Chance The Rapper, Moses Sumney, Robin Hannibal – Show Me Love (Skrillex Remix)
Hundred Waters song “Show Me Love” was already one of the most beautiful songs we've ever heard. With more than 460,000 plays on YouTube alone, “Show Me Love” was a hit. When Skrillex decided to remix the song however, he brought in the likes of Moses Sumney, Robin Hannibal and you guessed it, Chance The Rapper. Listen to the song that brings us to our knees.

At the heels of a year-long hiatus, Warpaint Records returns with something important to say. As a climate crisis rages on alongside social unrest,...

Galvanic & DLJ Get Together for ‘Dead Man’

Combining the musical genius of singer, songwriter, and producer Galvanic with the wit of beat-making aficionado DLJ, “Dead Man” dives into the dark side...

In his second offering ahead of his forthcoming Renaissance LP, Apashe teams up with Russian hip-hop megahead Instasamka for a cutthroat “Uebok (Gotta Run).” Accompanied by...