Music is a journey of the mind. At least, that's how Hong Kong-born musician, producer, and songwriter, Cameron Williamson, aka zenxienz, sees it. Growing up on the island of Kauai in Hawaii, the tropical landscape fed his developing artistic mind. With influences such as Radiohead, Flying Lotus, and Pink Floyd, Cameron pushes the boundaries of jazz, hip-hop, psychedelia, and electronic music by drawing inspiration from unexpected combinations.

Cameron's live shows are a perfect potpourri of visuals, music, and message. Cameron works to turn the mirror on society with his captivating instrumentals and animations, all while inspiring and promoting change and connection with other human beings. One can expect to leave Cameron’s performances with the feeling of finally coming home, with an open heart, mind, and soul.

The release of his latest album entitled, Mind Sigh, an eleven-song, instrumental album is a blend of internal demons and rediscovered passion colliding in a heavily jazz-inspired, electronic debut. It’s a complication of beautiful soothing tranquil sounds combined into one mind-escaping album. His first single from the album called, On Fire a dizzy dazzling track that will transcend you to another place far from reality. Cameron’s music has been described as psychedelic rock meets drum and bass, and everything in between. 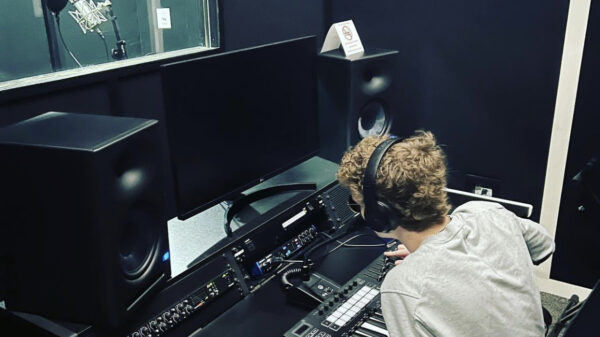 Artist ProdigysPicks Shares His Story Through His Music

Music is a unique experience for everyone of us. Music speaks to something more profound about our identity and pinnacles, a pressing conviction of...

If you’re in an experimental mood and feel like getting out of you’re usual head space than check out Zenxienz’s new release, “Elysium.” It’s...

Miami Music Week is here once again, people from all over the country and the world come to Miami for unforgettable day/ pool parties...