We are pleased to have one of the up-and-coming artists in experimental Electronic music, Dark Model. He doesn't disappoint as he takes it to further heights by showing us his most recent experiment coming from his upcoming album, “Saga”.

Model Electronic Records is eager to release the newest album from Dark Model, which is set to be released March 24, 2017. We can expect nothing but the best since Dark Model’s debut album back in May 2014 when it was nominated for the 14th annual Independent Music Awards in the Dance/Electronica category. What we have here is a teaser from the upcoming album, “Survivor”.

We immediately sense a new different sound from award-winning music producer Tatsuya Oe as he states this album focuses more on epic, emotional, and beat-oriented orchestral electronic music. “Saga” takes the audience on an epic high-energy journey through 13 tracks of massive electronic beats with intricately layered symphonic sound. It jumpstarts an awakening to the listener’s soul and it will continue to resonate for years to come. Let us lead you to the path of this great album through “Survivor” below.

In this article:dark model, saga, survivor

Check Out This Festival Bootleg of ‘Eye of the Tiger’

Ralph Cowell and Maydro team up to put a festival spin on the classic anthem from Rocky III. After listening to the biggest DJ's in the world, Ralph... 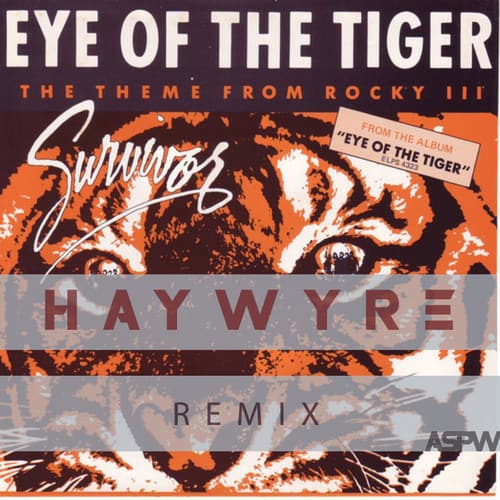 Wow, I never saw this one coming. Haywyre remixing Survivor's Classic Eye of the Tiger. I didn't know what at all to expect, but...