DJ Fluke Has Us 'At Hello' With Brand New Single 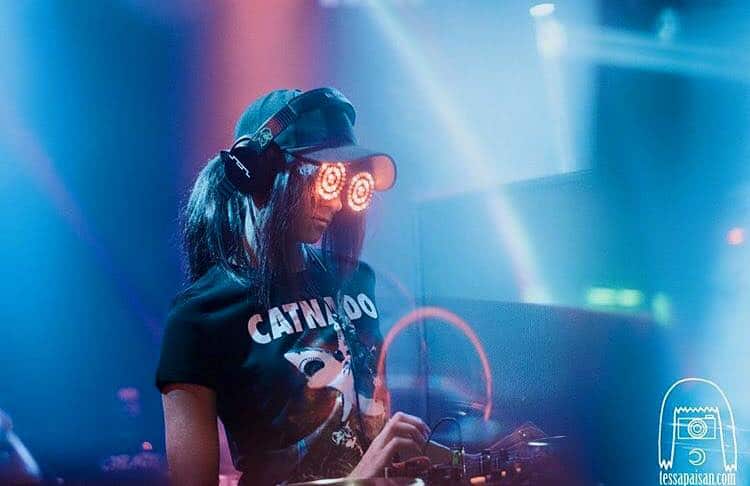 AH! Yes. Just when you thought you forgot about alien bass superstar, Rezz, shes back at it again. The Canadian native female producing extraordinaire recently collaborated with up and coming future producer, K?d (pronounced kid) on a detonating new single; Fourth Impact.

Earlier in 2016, Rezz blessed us with her fist feature length EP, Somethings Wrong Here which gave us six tracks from this dark bass artist. Signed to Mau5trap, Rezz has a style similar to mentor and fellow Canadian, Deadmau5, while adding her own unique haunting, spooky and alien twist. Her style has completely taken over the electronic scene by a storm.

Just as her spring tour is beginning, Rezz surprises us all with an unexpected collab with fellow dark future bass producer, K?d. In similar style to a techno or deep house track, the song starts off with an ominous and haunting synth that will carry you through its entirety. In line with a typical Rezz track, she introduces her wonky 808's that hold themselves as a melody in and out of the intense build ups and drops. You can really here the K?d influence in the song with the random glitch noises that sound almost like a TV when you put it on the wrong channel, that adds to the confusing out of the ordinary vibe of the track. The two producers then build up with a guitar sounding synth that brings us right into the first of many builds in the song. Our favorite part of the song is definitely the unrecognizable lyrical blurbs from that alien voice right before the build ups. Almost reminds us of one of the many Japanese influenced Porter Robinson tracks we haven't heard in years.

Lucky for you, Rezz is touring this spring. See if she's dropping by a city near you and prepare to be abducted by her alien-bassness and taken to a planet far far away.